Photographs, found on a 40-year-old camera in a charity shop, have now been returned to their delighted owner.

Thanks to the detective work of photographer, David Clarke, and with a bit of help from the Bedford Independent, 82-year-old John Salter has been reunited with some treasured family memories dating back to 1981.

Read: Can you help solve the mystery of the 40-year-old photos?

Within 20 minutes of the Bedford Indepdenent article being published on 3 July, John’s niece, Rachel Whitmore, commented on the Facebook post, saying, “That’s some of my family!”

“Rachel got in touch with me, to say she knew the family and the man in the photo was her uncle,” said David Clarke, the photographer who had bought the second-hand camera from Emmaus and had the film developed.

“Seconds later, someone I went to school with contacted me to say it was their family.

“Simon, who I hadn’t seen for 30 years, is the nephew of the man in the photo – and also possibly the small boy kneeling down in the photo of the two teenagers.”

Rachel and Simon confirmed that the man in the holiday photo was their uncle, John Salter and his wife, Barbara, who passed away in 2011.

“I got in contact with John and arranged to drive over to his house in Lavendon to return the photos to their rightful owner,” said David.

“I was thrilled that he found me,” said John.  “I remember taking the camera to Emmaus a few years ago when I had a clear out, but a man of my age has a fading memory and I didn’t remember taking any of the photos that David found on the camera.

“When I saw the photos I was quite taken aback. It was such a joy to see my wife in the picture, sitting next to me.”

John’s wife, Barbara died nine years ago and his son, Ashley, pictured in the garden photo, sadly passed away in 2014.

“It was such a great surprise to see them both in the photographs. I did ‘call them up’ to tell them about it all and that I’d seen new photos of them.

“The current situation is so grim for so many people, it’s so lovely to get some good news and see a glimpse of light.” 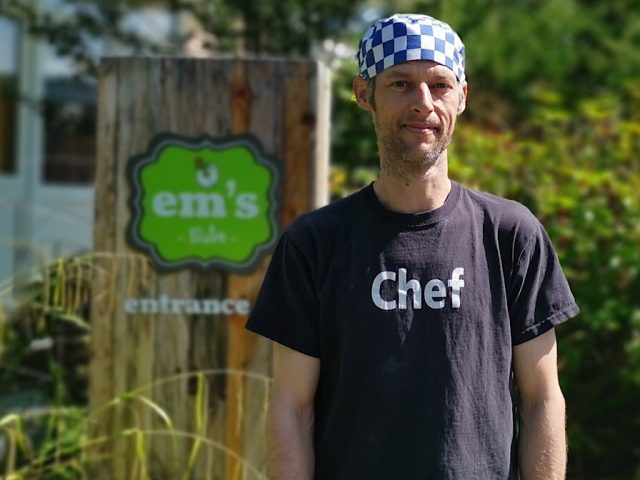