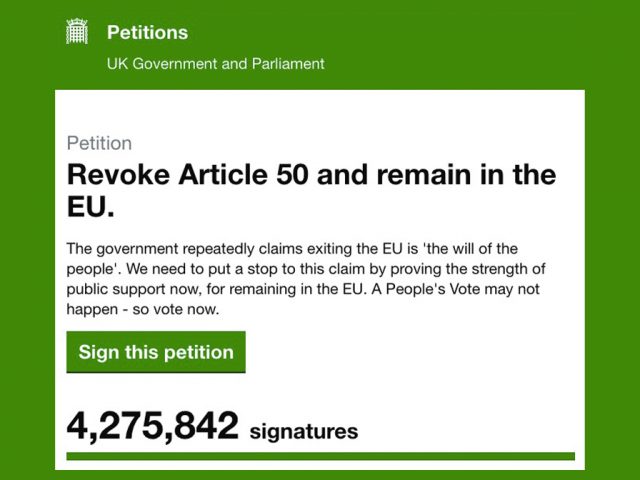 As signatures to the ‘Revoke Article 50 and remain in the EU’ petition break the 4million mark (at time of publication), the Anti-Brexit campaign has become the most popular petition in the Parliament website’s history.

According to Unboxed Consulting (at the time of publication), locally 5% of constituents in Bedford Borough and 7% in North East Bedfordshire have signed the petition asking for Article 50 to be revoked.

Bedford Borough’s MPs say that since the petition started to grow significantly on Thursday, they have been inundated with thousands of emails from Brexiteer and Remainer constituents.

Despite campaigning for Remain before the referendum in 2016, MP for North East Bedfordshire, Alistair Burt (Con), now believes leaving the EU is in the best interests of the country.

Commenting on a second referendum, he said: “I spend time with those who voted to leave, and still want to leave. They were offered one vote, and not told there would be another. They expect to leave.”

On the other side of the house, officially Labour are seemingly supportive of moving toward Brexit. But Tom Watson MP has defied the leadership of his own party by stating that a second referendum is the only solution.

His Labour Party colleague, Bedford and Kempston MP, Mohammad Yasin was keeping an open mind: “Next week will be a busy week in Westminster, and there will undoubtedly be opportunities to challenge the PM’s intransigence, but it is very difficult to know exactly how things will play out.

“I will consider all of the options that present themselves during the coming days very carefully, as I have done throughout this process.”

As it stands, EU leaders have said they would be prepared to defer Brexit until 22 May if the government’s deal is approved next week. If not, then a deadline of 12 April has been set.

Theresa May has written to MPs outlining the options ahead for Brexit:

Speaking about the extension and the options he and his Parliamentary colleagues now face, Alistair Burt MP told the Bedford Independent: “I wish the result of the Referendum had been different, and that we had stayed in.

“But I cannot simply ignore a vote in a process which I helped initiate through Parliament, and which concluded that the UK leave.

“I know all the arguments both ways about the flaws in the campaigns, and the many explanations people give for why it should be reheard.

“But I also spend time with those who voted to leave, and still want to leave. They were offered one vote, and not told there would be another. They expect to leave.

“I believe a new start can only come from us leaving on good terms, and building a new relationship with the EU on a different basis.

“That’s why I think it is now the best thing for Britain, but I do wish we were not where we are.”

Commenting on the current stalemate, Mohammad Yasin, MP for Bedford Borough said: “The referendum in 2016 did not give anyone the opportunity to indicate what type of Brexit they wanted, so Parliament should have been given the opportunity to decide this.

“Theresa May has filled in those gaps, interpreting the will of the people without consultation with their representatives, this is why we have reached this impasse.” 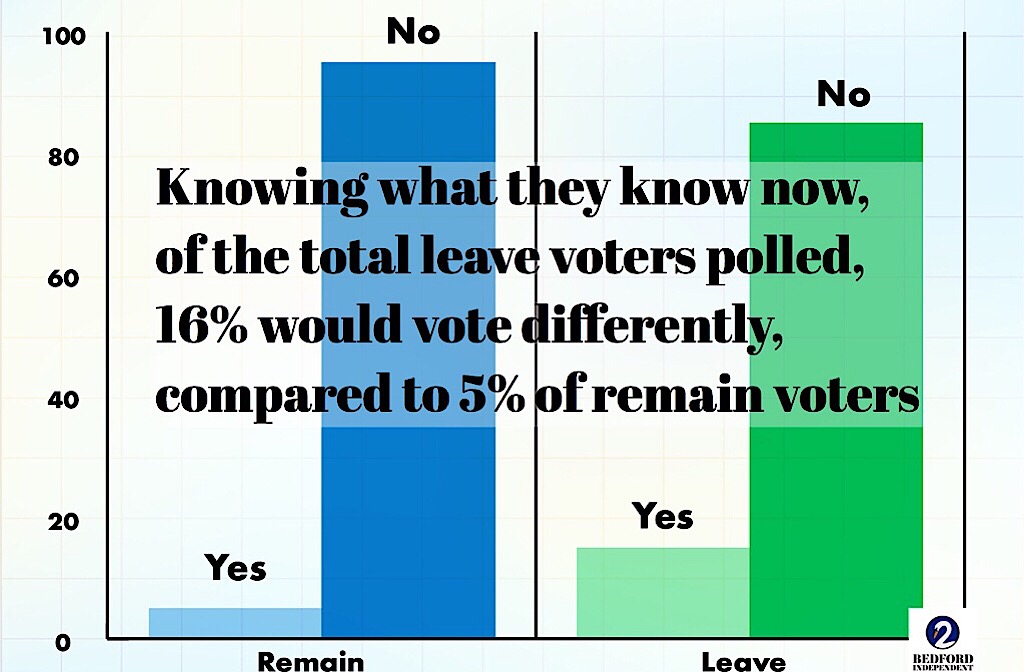 A recent poll by the Bedford Independent indicated that a higher proportion of leave voters than remain had changed their mind since the 2016 vote.

Despite this, and the fact that his own stance has changed, and much has moved on in just a few weeks, Alistair Burt MP denied that the public mood locally had shifted.

Quoting an Ipsos Mori and Today Programme poll taken in Bedford back in December 2018 he said: “As people have been exposed to more information about the referendum, their opinions have not shifted – because this misses the point about how people think.

“Far from John Maynard Keynes’ maxim that ‘when the facts change, I change my mind’, our decision-making is much more emotional than rational.

“Attempting to change people’s views of Brexit just with a more evidence-based description won’t be enough, and misses a large part of the point.”

Mr Burt then concluded: “Apart from that, a marginal Remain outcome would settle nothing, just leave us forever with an unresolved issue.”