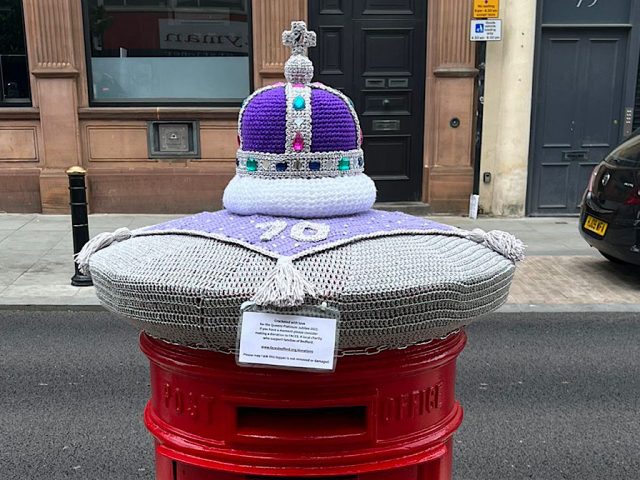 Less than a week after the Bedford Independent reported on the theft of the Jubilee post box topper from Bedford High Street, its creator, Steph has crocheted a replacement in just three days.

Despite being understandably upset by the theft of her three-week labour of love, Steph was determined to try and recreate the Jubilee installation.

Steph told the Bedford Independent that this time around, due to the limited amount of time she had, she used her own pattern to crochet instead of the more intricate design she used last time.

However, Steph’s creativity and resilience despite knock-backs means that FACES charity will continue to benefit from her fundraising initiative.

You can donate to FACES here.

Following the theft on Monday, the story was viewed by over 12,000 people on Facebook alone.

Many comments agreed that it was unfair for Steph’s work to have be vandalised, particularly as it was in aid of the FACES charity. One commenter said, “That’s such an awful shame.”

Others added, “I’m saddened people are so selfish in this amazing platinum Jubilee year.”

Cllr Henry Vann said: “This was appalling, senseless vandalism; what on earth motivates someone to do something like that?

“I had gone into town to have a look at the brilliant project in the morning to find this one gone but well done to Steph for replacing it so quickly.

“And with the other in St Paul’s Square near the cut through to Riverside Square still there they look fabulous. I hope FACES still get support locally and would encourage people to pop into town to see these toppers and to support the work of FACES!”

The original gold crown still stands on top of the postbox in St. Paul’s square which is being closely monitored by the team at Bridges Espresso Bar to ensure it can be enjoyed by everyone over the Jubilee weekend. 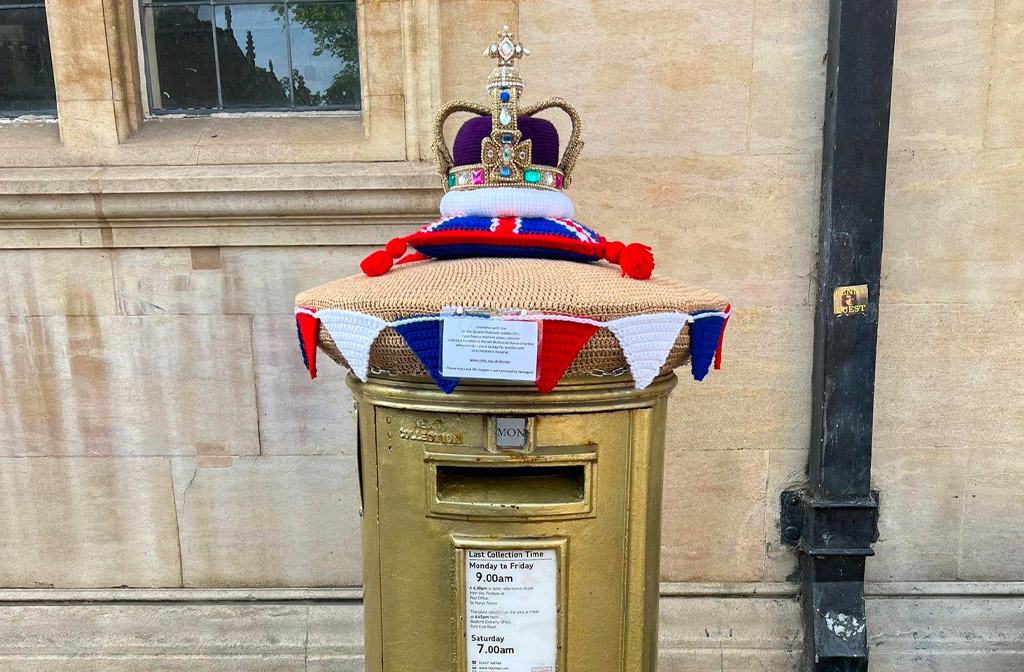 Beckie Fry, owner of Bridges said: “When I saw that the other one had gone missing I mentioned to the staff that we should keep an eye on it.

“It is disgusting that someone would steal something like that”

Despite Steph saying after the theft, “It doesn’t feel like there is much point anymore,” she doesn’t plan to stop her work.

She told the Bedford Independent that she already has ideas for more crochet post box toppers in the future for charity. So watch this space…