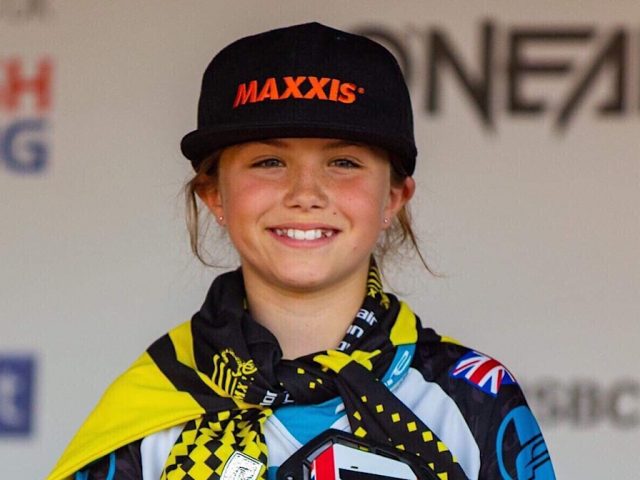 Bedford has a proud sporting heritage, citing Olympians, cricket captains and world champions among our number.

And our sporting future looks bright, with young superstars like 11-year-old Elizabeth Bown continuing the tradition.

BMX racer, Elizabeth, has been ranked number five in the world for the last two years and she’s aspiring to compete in the Olympics.

“She’s never happier than when she’s on her bike,” dad Richard told the Bedford Independent.

“As a family we spend a lot of time at BMX tracks and Elizabeth is really keen to encourage new starters and support young riders.”

Elizabeth first went to a BMX track when she was just six years old.  “I took her to the BMX track in Milton Keynes and after she’d ridden a few times she was asked to go to a coaching event,” explained Richard.

“They invited her to race and although she didn’t win when she first started, she’s really determined and just wanted to get better and better.

“She went on to join Royston BMX Club, who she now rides for, and was spotted by the Pure Bicycle Company who wanted to sponsor her.  She’s now on the Elite Pure Racing Team and three years ago she raced in the national series.”

Elizabeth first represented Great Britain aged 8 when she took part in the world championships in South Carolina, competing again the following year in Azerbaijan where she came 5th in the final.

Thus summer, the world championships took place in Belgium and Elizabeth was up against 73 riders in her category.

“They were extremely tough and hot conditions with the girls racing in 40° heat,” said Richard.

“We knew that this was going to be her toughest competition to date and it was a great achievement for her to finish fifth in the world for the second year running.”

Despite being just 11 years old, Elizabeth’s been nominated for British Cycling’s Regional School of Riding (RSR). Typically aimed at riders between 13 and 15, Elizabeth has been brought onto the programme earlier, adding credibility to her Olympic aspirations.

Currently, Elizabeth’s travel expenses are ‘sponsored’ by her parents, so if any local businesses would like to support her on-going success, Richard would love to hear from you.

“She loves racing so much,” said Richard. “We’re really proud of her achievements and can’t wait to see where her talent and determination will take her.”