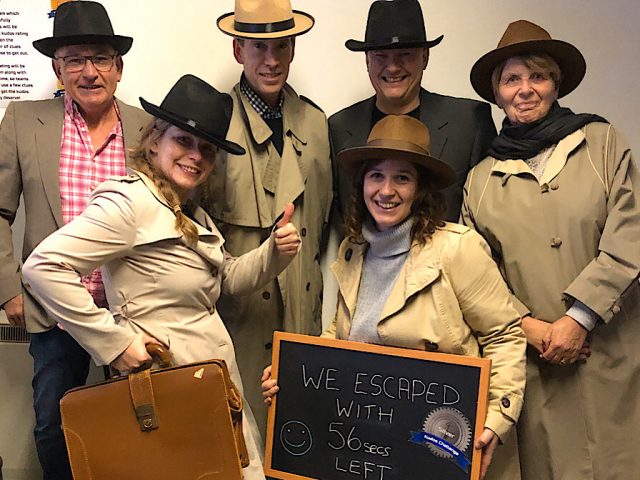 If you’re looking for an end-of-the-summer treat or want to remind your brain cells what they’re for before you go back to school, work or college, one of Bedford’s escape rooms is the perfect solution.

Don’t Get Locked In and Bedford Escape Rooms have both reopened in accordance with government guidelines following lockdown and are looking forward to welcoming escape artists through their doors.

“By the end of August, we’ll have all six of our themed rooms open,” said Don’t Get Locked In’s Cathy Wright.

“Visitors can try out Gin & Panic, Extortion, The Secret Hut, Return To The Rock, The Vault and also Audacious, which at 120 minutes is double the length of our other experiences.”

Bedford Escape Rooms have reopened The Saw Room and The Lab Room. A third murder mystery room is currently under construction.

As an added incentive, Bedford Escape Rooms stock The Little Brownie Company’s sweet treats, so you can reward or commiserate your team at the end of the session.

Meanwhile, Don’t Get Locked In not only has a licensed bar – the Lock In Lounge – but they have partnered with Wharf Distillery to create their very own artisan ‘Don’t Get Locked In Gin’ which, says Cathy, has received rave reviews from their customers.

They’ve just been awarded Tripadvisor’s Traveller’s Choice Award for 2020 which is awarded to attractions and restaurants that consistently earn great reviews from travellers and are ranked within the top 10% of properties on Tripadvisor.

“We are absolutely delighted to have been awarded the Traveller’s Choice Award,” said Cathy.

“Myself, my husband Marcus – designer of the escape rooms – and our staff have worked incredibly hard to bring a memorable experience to our players.”

Rob and Jenni Mason, the husband and wife team behind the Bedford Escape Rooms, ‘plus our friendly employee – Sophie’ have gone to great lengths to follow government guidelines and have implemented a number of Covid processes to keep customers safe.

“We have installed a sanitation station upon entry and asking all customers to pre-book in advance via the website.

“We’re requesting all customers follow the government advice of wearing a facemask and we have manipulated our available time slots for our rooms so as to limit the likelihood of sharing communal space with another group (1m+ social distancing would still be maintained at all times).”

And while safety at all of the town’s escape rooms is guaranteed, getting out is not quite so straight forward…