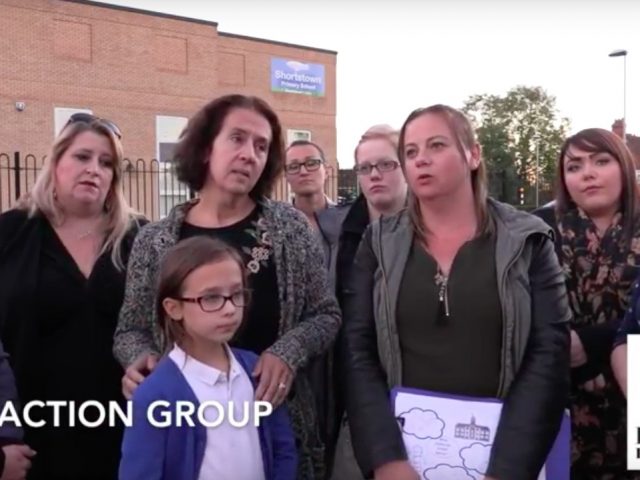 Parents of children at Shortstown Primary School, Shackleton Primary School and Cauldwell Primary School, have spoken of their anger and frustration at how Heart Academies Trust has taken a U-Turn on its promises to protect each of the schools’ independence, with a proposal to significantly change the way children at the three schools are educated.

Heart’s restructure will see an Executive Head Teacher with overarching responsibility for all three schools appointed and the removal of governing bodies. However, they do say that each school will still have a head who will manage the day-to-day running of the schools.

Despite this, parents say this will have a massive impact on their child’s education and could also create safeguarding issues. They also believe these proposed restructures have betrayed their faith in the Trust, as they agreed to enter a MAT on the understanding that the schools’ current structure would remain unchanged.

They’re not alone, over 750 people have signed their petition to stop the proposals and they have the backing of Mayor Dave Hodgson, @Mohammad Yasin MP, and Alistair Burt MP. Who say:

“The Council strongly opposes the planned restructure of Cauldwell, Shortstown and Shackleton Primary Schools. The loss of local governing bodies will damage the current effective links between the community and school leaders. The loss of local head teachers with over 40 years’ experience in Bedford Borough will be devastating for the education of children and families in some of the most deprived wards of Bedford Borough. The Council urges the Harpur Trust and the Multi-Academy Trust Board to stop the current proposals and consult meaningfully with all stakeholders to secure the best solution for the children of Bedford Borough.” – Mayor Dave Hodgson

‘I’m completely opposed to these plans. There has been no meaningful consultation, and no evidence presented that these changes will improve outcomes for children. It causes needless disruption to do away with experienced staff. Parents don’t want this and neither do children – I know because so many have written to me. This is the wrong plan and Heart Academies Trust need to think again’ – Mohammad Yasin MP

“What is now important is that lines of communication are opened between the Trust and those connected to the school, to ensure that any decisions taken are done so jointly. All those affected should have the chance to hear the Trust’s reasons for the restructuring proposals and have their questions answered and concerns considered before final decisions are made.” – Alistair Burt MP

It’s the lack of communication and consultation with parents that seems the most frustrating. Speaking to Bedford Independent outside Shortstown Primary School, the SSC Action Group questioned the genuine benefits of the proposed restructure, saying that: “If it is the right thing, shout it from the rooftops”. The lack of communication from Heart Academies Trust has created a sense of suspicion that this is just a cost cutting exercise. Heart Academies Trust say, however, that any financial savings will be put straight back into improving the education provision at the schools in the Trust.

But parents remain defiant, they believe that as the beneficiaries of Heart Academies Trust they need to be involved in the consultation process and they’re getting fragmented and conflicting information from the Trust. Teachers have been told not to speak to anyone and as yet a properly formatted meeting, so parents can raise their concerns, has not been arranged.

A spokesperson from Heart Academies Trust, who also look after Bedford Academy, said: “These consultations (with staff) are confidential, as is always the case in these situations, however some incomplete and inaccurate information has been circulated and this has upset and concerned parents who, understandably, are worried by this misleading information. We intend to try and put this right as soon as possible and we are also looking at ways we can meet with parents to discuss their concerns.

“We completely understand that some of the inaccurate information that has been circulated has caused parents upset and concern and we are extremely sorry for any distress caused. We are confident that once in possession of the facts parents will feel reassured and will understand the benefits.”

To find out more about the SSC Action Group campaign visit their Facebook page or join their group at: https://www.facebook.com/groups/46852…