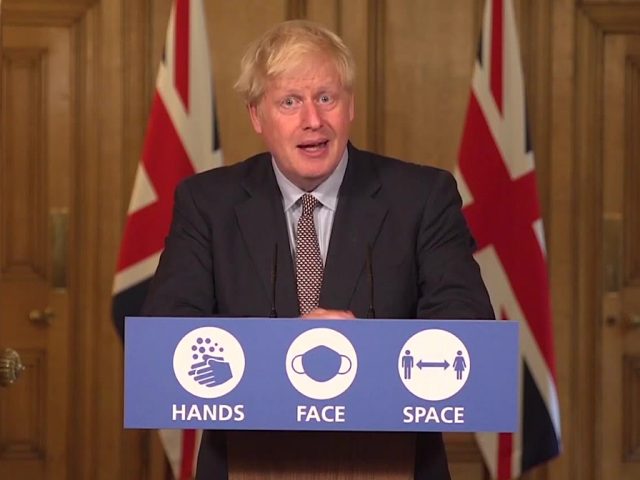 Conservative North East Bedfordshire MP Richard Fuller has ignored calls to tell his constituents his views on lockdown ‘parties’ held by the Government during lockdown.

The Prime Minister, Boris Johnson, has received repeated calls to resign from his own and opposition MPs, leading Bedfordians in Mr Fuller’s constituency to ask his views on the matter.

As yet, he’s ignored their requests and the request of the Bedford Independent to say if he thinks the PM should resign or not over the scandal.

In a post on his Facebook page, Mr Fuller advertised an hour-long ‘surgery for constituents’ to be held at Sharnbrook Village hall tomorrow (14 January).

All comments on the post have asked Mr Fuller’s views on the lockdown parties, in particular, a “bring your own booze” event held in the garden of No. 10 in May 2020.

One Potton resident called out Mr Fuller’s silence directly, “you are being very quiet,” they said, “a few words to the people who voted for you and this government would be helpful.”

Joining in with the comments, another Bedfordian added: “As a Conservative voter I am absolutely disgusted with all that has gone on lately and this is like the cherry on the cake.”

Another asked, “anything to say about the lockdown parties? What a disgrace this government is.”

One even suggested that Mr Fuller’s surgery could be a part too, enquiring, “do we bring our own booze?”

Highlighting the loss of trust felt by members of the public, one local added, “I don’t think people will take restrictions seriously now that they have seen so many breaches in higher office.

Another agreed, “…you can trace people not taking the pandemic seriously back to Dominic Cummings (sic) trip back north and Johnson’s inability to take him to task for it. This hypocrisy of those in power is, quite honestly, disgusting and appalling…”

The PM and government have been under increasing pressure to respond to questions surrounding a number of events that took place during lockdown.

While the Prime Minister has apologised for attending a party during the first coronavirus lockdown, where invitees were asked to bring their own booze, he has faced calls the resign.

Speaking to the House of Commons during PMQs yesterday, he told MPs the event in the Downing Street garden was “technically within the rules”.

But Labour leader Sir Keir Starmer said the PM must now resign, over what he called “ridiculous” lies and excuses.

Some Tory MPs have even turned on their leader.

“I don’t think it should be left to the findings of a civil servant to determine the future of the prime minister and indeed who governs this country,” he said.

The Bedford Independent gave Mr Fuller numerous opportunities to provide his views to his constituents directly but had not received a response to our questions at the time of publication.