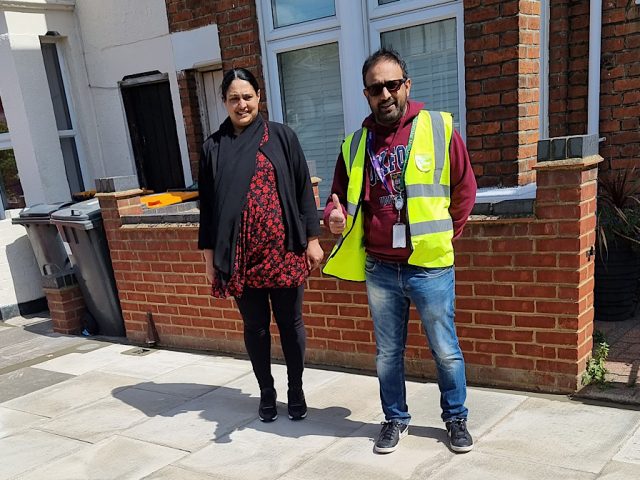 Improvements to the lighting and footpath on Victoria Road have left local people feeling much safer, particularly after dark according to their local councillor.

Following an inspection, the Labour councillors say they were pleased with the progress.

“The safety and well-being of our residents is paramount. The lighting has definitely improved and has made our residents feel a little safer in their own neighbourhood,” they said.

“We are also pleased with the progress of the works in replacing the damaged paving slabs and wish to thank Bedford Borough Council for implementing these works after we had raised them.”

The paving slabs were also said to be a cause of ‘slips and trips’ and had been a major health and safety concern.