As demand doubles, local stores and restaurants have been donating products that would have gone to waste to Food4, a project run by YMCA Bedfordshire.

Food4 is one of several local groups currently helping people who are isolated, frail or in financial hardship source free food donations.

“During this unprecedented time many people will find life very stressful, either with getting out to the shops or because they are struggling financially,” said Paul Hunt, YMCA Bedfordshire CEO.

“As long as we continue receiving food supplies, Food4 will continue to provide a much needed service to those who need this lifeline.”

Food4 has been supporting Bedford with its community larder for over two years and regularly sees over 45 people through its doors on Tuesdays and Fridays each week.

With support from its suppliers and partners, Food4 operates a free-to-use food distribution service, accessed by a broad cross-section the Bedford community.

The food being offered ranges from fruit, vegetables, bakery and larder items donated directly from local suppliers, which would otherwise have ended up as waste.

Local stores and restaurants have also been supporting YMCA Bedfordshire by donating items that would otherwise sit in their stores till lockdown ends.

Both TK Maxx and Homesense emptied shelves of products that would have been sold in the build up to Easter and two Nando’s restaurants donated their full stock of chickens. 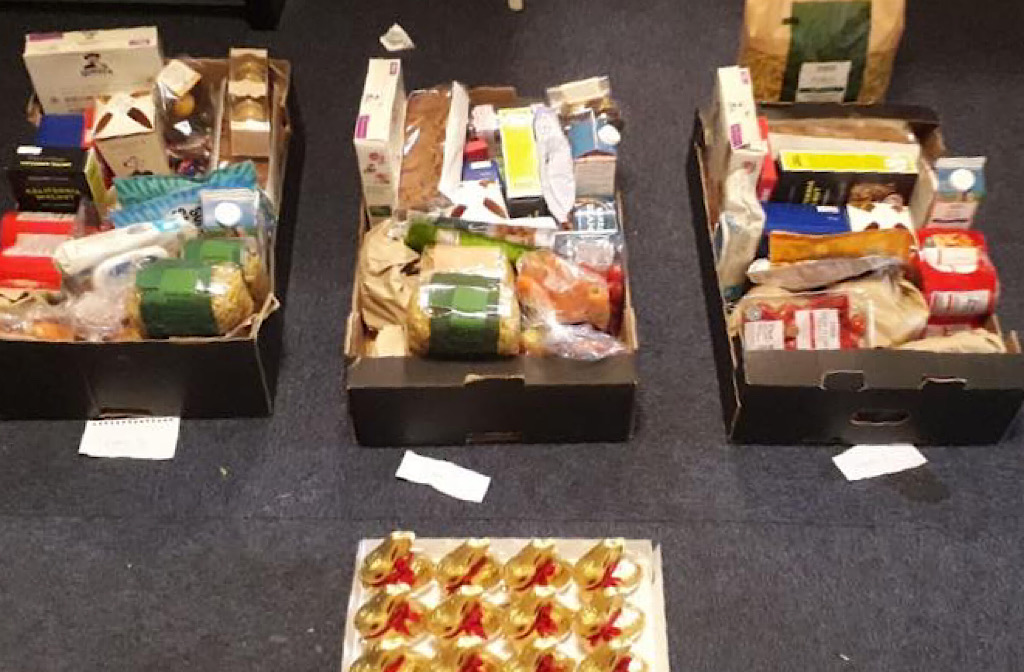 “Since the nation has been in lock down we have seen requests for food sky-rocket,” said Rebecca Ireland, Business Operations Manager.

“Last week alone we have seen 1.5 tonnes of food leave the building, by the end of this week we estimate it will be closer to 2.2 tonnes to over 600 people.

“We usually serve that much food in a month.”

With the quantity of donation coming in, the charity has been keen to support its neighbours too and have donated large amounts to residents at St Bedes.

“Last Easter our residents at The Foyer were given Easter eggs by St Bedes so it’s great that this year we’ve been able to repay the favour via Food 4,” said Parmjit Daniels, YMCA Bedfordshire Bedford Supported Housing Manager.

“In times like this it’s important to reach out to those around you.”