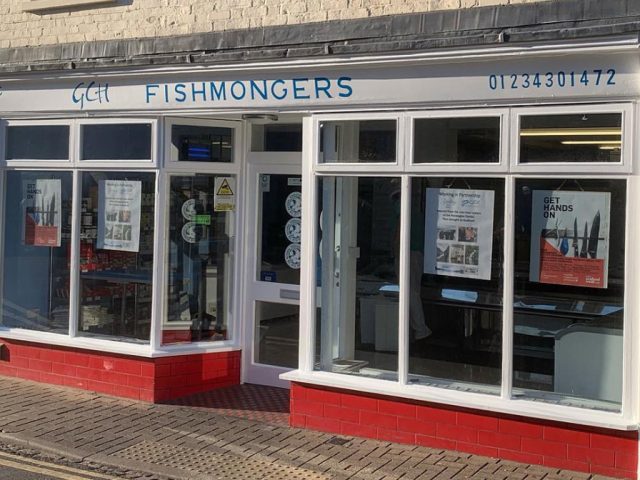 A Bedford fishmonger was broken into and numerous other town centre businesses reported attempted break-ins in the early hours of Saturday (11 June).

Silks Hair and Beauty Salon, The Arc, The Gallery and Bestpol Polish delicatessen were all targeted on the same night but the would-be thieves were thwarted by their security measures.

At around 3.30am they managed to break into GCH Fishmongers on Newnham Street, stealing the till, an iPad and a laptop.

Gary told the Bedford Independent that neighbouring businesses on Newnham Street were also targeted and from CCTV footage he has identified the individual concerned.

Inspector Ed Finn from the Bedford Community Team said: “We have been made aware of a spate of burglaries, with premises in Newnham Street and Bedford High Street targeted on Saturday (11 June).

“Burglary is not acceptable, and we are currently carrying out investigations into this. We are also carrying out Op Vision patrols in the town, where our officers visit specific areas to engage with residents and business to provide reassurance as well as offering prevention advice and support.

“We are appealing to anyone who has any information to contact us online at https://www.beds.police.uk/ro/report/ocr/af/how-to-report-a-crime/  or by calling us on 101 quoting reference 40/33412/22.”

In a Facebook message, Silks Hair and Beauty Salon said: “Unfortunately, last night there was an unsuccessful break-in attempt at our salon.

“After speaking to the police, we’ve been made aware this hasn’t been an isolated incident, as there were multiple break-ins/attempts elsewhere around Bedford.”

Gary of GCH Fishmongers said: “These people are the scum of the earth, stealing things that they are not going to be able to use or sell. I would like to bring back the stocks for these people.”