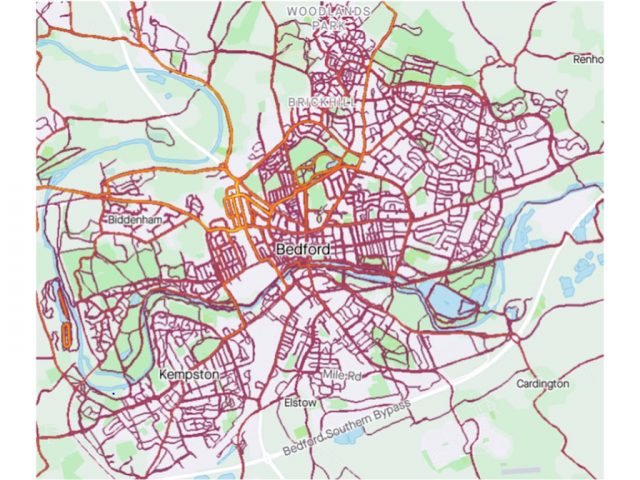 We all had our lockdown projects, but one man’s self-confessed ‘geeky obsession with maps’ saw him run along every single footpath and street in Bedford to help him get to know his hometown.

Daniel Koch is Vice Master at Bedford School and lives near the town centre. In his own words, here’s what happened when he ran 1,500 miles around Bedford:

I’d done a bit of running before but two kids and a busy job meant I’d lapsed and gotten pretty out-of-shape.

In 2019 I ran the Run Bedford 10k as part of a group for charity in memory of Richard Garrett, a wonderful person I worked with at Bedford School who died of cancer.

I didn’t realise how important that event would turn out to be for me. It gave me the bug and I started to get back into running and remembering how important a role it can play in my wellbeing. Running feels so hard at first, but after a couple of weeks it starts to get better, and makes you feel good!

When the pandemic hit, I decided to take some more adventurous routes than my normal ones through the park and along the river.

I used a Garmin watch and Strava to keep track. Strava’s heat-map feature records where you’ve been. For someone with a seriously geeky obsession with maps like me, it is like a dream come true.

I decided that this was a chance to get to know my town.

Over the course of a year and a bit, I set out on each run with a plan of where to go, hoping to take a new street or path each time.

I always set off from one of two locations: home or work. I’d never take a map with me. Often I’d forget my route or take wrong turns, but I usually managed to see at least one bit of unknown territory on each run.

About 1,500 miles later (give or take) I’d got pretty much everywhere. 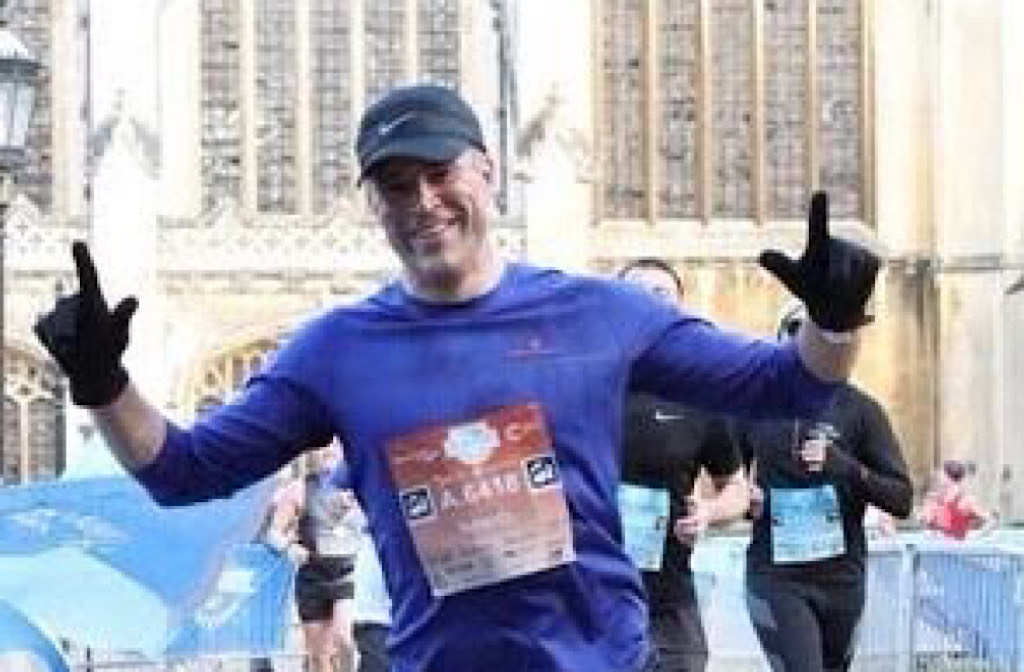 I got to know where the best places are to see Christmas lights in December (corner of Falcon Ave and Dove Road is top).

I learned when it’s cold to check the wind direction and run into it on the way out so it’s at your back on the return.

I’ve got a few favourite runs now for taking in the views over Bedford when it’s lit up at after dark (Gainsborough and Turner Roads).

Areas that I used to see as confusing swathes of 1970s houses took on a different appearance after I’d gotten lost in them a few times and then had the exhilarating thrill of finally figuring them out.

I was shouted at and honked at a few times, but more often I was smiled at – especially when people saw me running down a cul-de-sac, then running back out of it again.

Most of all I got a deep sense of appreciation for this town, its history, its neighbourhoods, and its people.

Running over the footbridge over the Great Ouse with the Guru Nanak Gurdwara Temple silhouetted by the sunset before you, or round the Iron Age hillfort near Mowsbury Park on a quiet, misty morning – you get a sense that Bedford is special.

Getting to know it is time well spent.