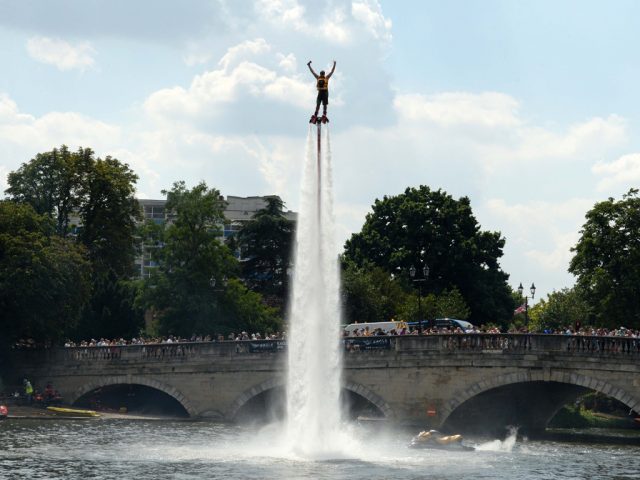 The Bedford River Festival 2020 will take place on the weekend of 18 to 19 July, with organisers busy pulling together the event which is now less than a year away.

The last river festival, in 2018, marked the biennial event’s 40th anniversary and was its biggest ever with over 100 performances across six live music stages.

St Marys Gardens was also adopted into the festival ‘boundary’ for the first time with a new music stage hosted by Blender, and cultural ‘village’ for creatives and independent craft businesses.

Bedford River Festival is one of the largest outdoor events of its kind in the UK, with up to 300,000 thousand people descending on Bedford over the weekend.

But the event wouldn’t be possible without the support of local businesses. Today (1 August) it was announced that the 2020 headline sponsor will be Wainwright, by Marston’s Beer Company.

Mayor Dave Hodgson said “The Bedford River Festival is always a fantastic event, and the planning is going full-steam ahead with just under a year to go until next year’s big weekend.

“It was great to see the thousands of visitors coming to our riverside last year to enjoy this superb free Festival, and I know many people are already looking forward to next year.”

Paul Freeman from Marston’s said: “We are delighted Wainwright Golden Beer is going to be a major part of the River Festival over the next few years.

“Our relationship with the town runs deep with our partner brands brewed at the town’s famous Eagle Brewery.”

Bedford Borough Council also reminded people to make sure they only interact with the Facebook event connected with the official River Festival page, after a bogus facebook event attempted to sell tickets for the event.

You can get genuine and regular updates from the Bedford Events Facebook page and at the dedicated River Festival website.