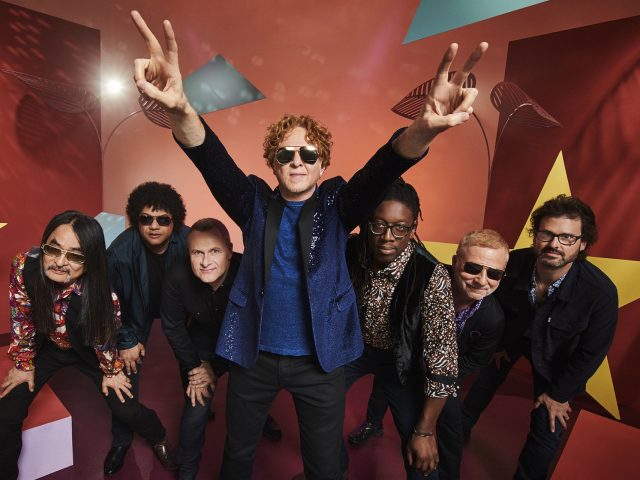 Next summer, Bedford is among just five outdoor venues to host the multi-million album-selling Simply Red, with support from the incredible Lisa Stansfield.

The band have announced five huge live dates for next summer and they’ll be headlining the Bedford Park stage on 28 July.

Fans will hear one of the UK’s biggest bands perform their catalogue of hits, including ‘Something Got Me Started’, ‘Stars’, ‘Fairground’ and their breakthrough tracks, ‘Holding Back The Years’, and ‘If You Don’t Know Me By Now’.

Formed by Mick Hucknall in Manchester in 1985, few bands have enjoyed the success and longevity of Simply Red.

They’ve sold over 60 million albums worldwide, achieved five number one albums and their latest release, in 2019, charted at number six, proving they’re as relevant and popular as ever.

Since their first single, ‘Money’s Too Tight To Mention’ and the BRIT Award-nominated album ‘Picture Book’ (the first of 13 nominations and 3 BRIT Award wins), the band has enjoyed a decade of superstardom and global hits.

“I’ve spent most of my life going out and singing for people, and it has felt strange not to have that for such a long time. It’s wonderfully inspiring that people can go and see bands again now, and I can’t wait to get back on stage,” said Mick Hucknall.

Long-established as one of the great vocalists of contemporary music, Mick Hucknall’s ability to shift from tender sensuality to full on roaring power in a heartbeat, is guaranteed to bring the biggest of crowds together in Bedford Park next summer.

Also taking to the stage will be soul dance diva, Lisa Stansfield. After being introduced to Coldcut in 1989, her guest vocals helped ‘People Hold On’ storm the charts and led to a solo career that saw the Rochdale star conquer the world.

She went on to win three BRIT Awards, two Grammy nominations, and enjoy a string of hits, including worldwide number one smash, ‘All Around The World’, on her way to selling over 20 million albums.

Tickets for the show go on sale on Friday 26 November and you can buy yours here.