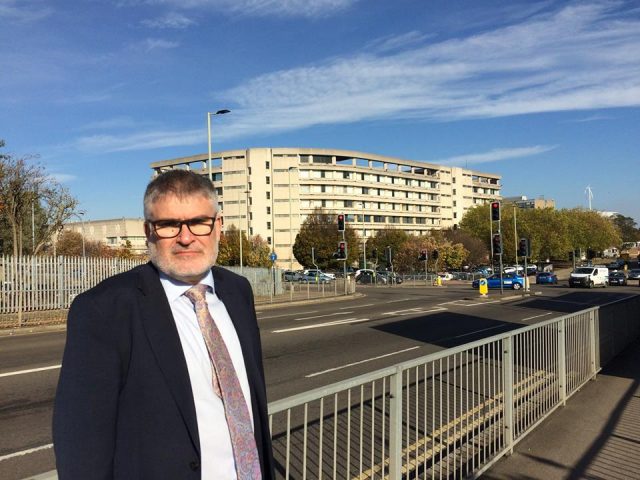 Bedford’s Mayor, Dave Hodgson, has said schools across Bedford Borough are facing a combined cut of £1.3m as their budgets are slashed by central government.

In a statement issued today, the town’s Mayor said that the amount allocated for each child in school is being cut. Leaving the borough with over a million pounds less to fund Bedford Borough’s schools in 2019/20.

News of the cut comes despite promises of a new national funding formula putting right the massive underfunding of local schools.

The Mayor says the reduction means:

Bedford MP Mohamed Yasin commented: “The Government is trying to tell us austerity is over but our schools, council and police are all suffering.

“There was not a penny in the Budget for the day to day costs of our schools even though school budgets are £1.7 billion lower in real terms than they were in 2015.

“The money for “little extras” announced by the Chancellor is frankly insulting to schools at a time when the independent pay review body has said they do not have the resources to give any pay rise to staff, teachers’ pay is down £4,000 in real terms since 2010, and headteachers are writing home to parents to ask for donations just to cover basic expenses.

“The Government is hopelessly out of touch about the crisis in our schools and parents, teachers and pupils know better than to be fooled by the Chancellor’s self-confessed ‘nice gesture’.”

Mayor Dave Hodgson added: “This is a disgrace, and local children are quite frankly being sorely let down by the Government. Bedford Borough’s schools have been underfunded for years.

“Despite promises of fairer funding and a more positive outlook, the Government have now announced further cuts to our schools’ budgets despite rising costs.

“This is the last thing that local school children and their hard working teachers deserve, yet they are the ones who will feel the effects of these cuts. We must take the fight to the Government to get this cut reversed.”

Alistair Burt, MP for North Bedfordshire said: “More money is going into our schools than ever before and school funding is at a record high. The core schools budget has increased to £42.4 billion this year and is set to rise to £43.5 billion in 2019-20. This follows the additional £1.3 billion of funding over and above what was promised in the last Spending Review.

“Figures from the independent Institute for Fiscal Studies show that real terms per-pupil funding in 2020 will be more than 50 per cent higher than it was in 2000. The Autumn Budget reiterates the commitment to improving every child’s education, with an additional £400 million for schools to spend on improving their facilities.

“Despite this increased support the current indicative budget for schools in Bedford is disappointing. I will be working with colleagues at Westminster and locally to assess this further.”

Giovanni Carofano, who will represent Bedford and Kempston Conservatives at the Next Mayoral election, has also criticised the cuts to education. He said he has requested an urgent meeting with the minister to discuss the cuts, adding: ”We need to stick together rather than politicise this issue. I am opposed to the cuts, this is austerity gone too far.

“I have always said that I would put the best interests of Bedford Borough before politics and this is far from in our best interests.”

Mayor Dave Hodgson has now launched a campaign against the funding cuts being imposed by the Government, available at www.bedfordlibdems.org.uk/stopschoolcuts