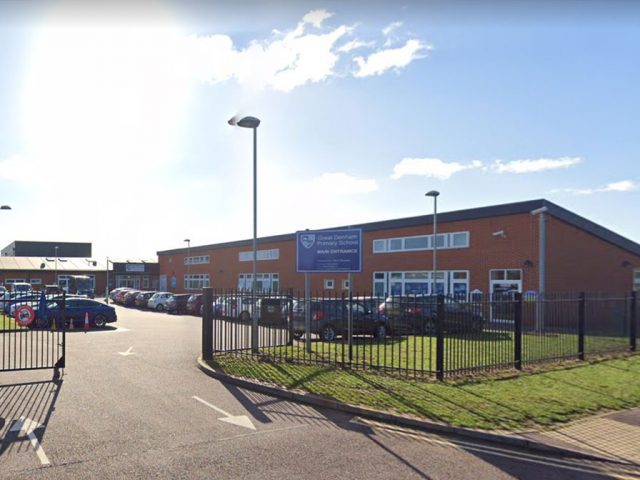 Delays in agreeing a planning application have led to a primary school using its sports field to expand while it waits for promised land to be handed over.

During the council’s planning committee on Monday (18 July), Cllr James Weir (Conservative, Kempston Rural) said the land in Great Denham has been tied to an application for 95 new homes.

“There is a parcel of land that David Wilson Homes needs to give up which is tied to the application,” he said.

“This has dragged on now for quite some time, and the 560 primary school children at Great Denham have limited space for play and sport.

“Additional year five and six classrooms had to be built on the school field, therefore restricting further access to sport and play areas.

“In addition, there are plans to build two special educational needs classrooms, which would further restrict the area available without the additional land tied to this application.

“The start of these SEND classrooms is therefore linked to resolving this application.

“The community, and especially the leadership team at the school, do need to know when decisions will be made about this application and the release of the land,” he said.

Jon Shortland, Bedford Borough Council’s chief officer for planning, infrastructure and economic growth, replied: “There’s no intrinsic need for the land for the school to be tied to the application.

“Although both areas of land belong to the applicant and they have chosen to make that link between them,” he said.

“We’ve been in discussion with the applicant about the amount of affordable housing that they can introduce onto the land.

“Our policy is for that to be 30 per cent, and if applicants feel that it should be less than 30 per cent for whatever reason they are entitled to submit a viability report.

“David Wilson Homes have provided that viability report within the last fortnight and that is currently with the independent assessors.

“And they’ve suggested that 12 per cent affordable housing would be available which is obviously quite some way below our requirements,” he said.

Mr Shortland said if the assessors agree with David Wilson Homes’ figures then the council will work forward on that basis.

Otherwise, the council will continue to negotiate until this matter is resolved.

“So I can’t give you a definite date, and I can’t tell you which path we’ll be going down until we get [the answer] from the assessors,” he said.

“In the meantime, I think it’s worth recording that we have asked David Wilson Homes on a number of occasions if they would rent the land to us, or to the school until the application is determined.

“So far they’ve refused to do that, which is very disappointing,” he said.

In a statement to the Local Democracy Reporting Service, a spokesperson for David Wilson Homes South Midlands said:

“We have been working positively with Bedford Borough Council to deliver this residential site and the extension to the school playing fields, the principle of which is supported by the council’s land allocations.

“As part of our legal obligations, the site is required to be promoted for both housing and the school land extension and we aim to be in a position to reach a conclusion this year.

“We are committed to delivering the school land as we recognise the importance of supporting the local community.”