Like many Bedford residents, opera singer, Peter Brathwaite has been using his time in lockdown to pursue a new hobby.

Unlike most Bedford residents, he’s chosen to recreate great works of art, using just what’s around the house.

Peter is a freelance opera singer and, if it wasn’t for the coronavirus pandemic, should have been spending this month in Denmark, rehearsing for the premiere of a new opera.

“Since lockdown, I’ve had all my work cancelled up until August,” Peter told the Bedford Indepdendent.

“This has left me with a little more time on my hands, so I decided to take part in the Getty Museum Challenge as a fun activity. It was just meant to be a one-off…”

The Getty Museum Challenge has been set by the Los Angeles museum, encouraging art-lovers from around the world to recreate masterpieces using props they have to hand.

Peter has been sharing his creations on Instagram and Twitter using the #gettymuseumchallenge hashtag, gathering thousands of ‘likes’ for his interpretations of black portraiture featuring props including wheelie bins, Jenga, a cardboard ship, shoes, cuddly toys and quite a lot of quilts.

“Most of the paintings [I’ve recreated] are new to me,” said Peter. “It’s been a great education to research the various pieces and work out how to bring the individual characters to life through a limited number of objects and items of clothing.

“Johnson was discharged from the Merchant Navy when he was wounded. Finding himself destitute, he set himself up as a ballad singer. He plied his trade from central London to St Albans.

“The most striking aspect of the sketch is that Johnson is wearing a model replica of the HMS Victory on his head – he made this himself and it became a key feature of his act.

“The recreation of The Paston Treasure (1665) required quite an elaborate rigging of posts and pegs to make sure everything stayed in place for the photo.”

For many of us, the lockdown has been challenging, but for someone whose work relies on audiences and fellow performers, Peter has found the isolation hard.

“It’s incredibly alien to find myself in a situation where I’m unable to collaborate creatively with colleagues. The Getty Museum Challenge is characterised by problem solving, investigation, playfulness and dressing up – all key elements of the opera rehearsal process.” 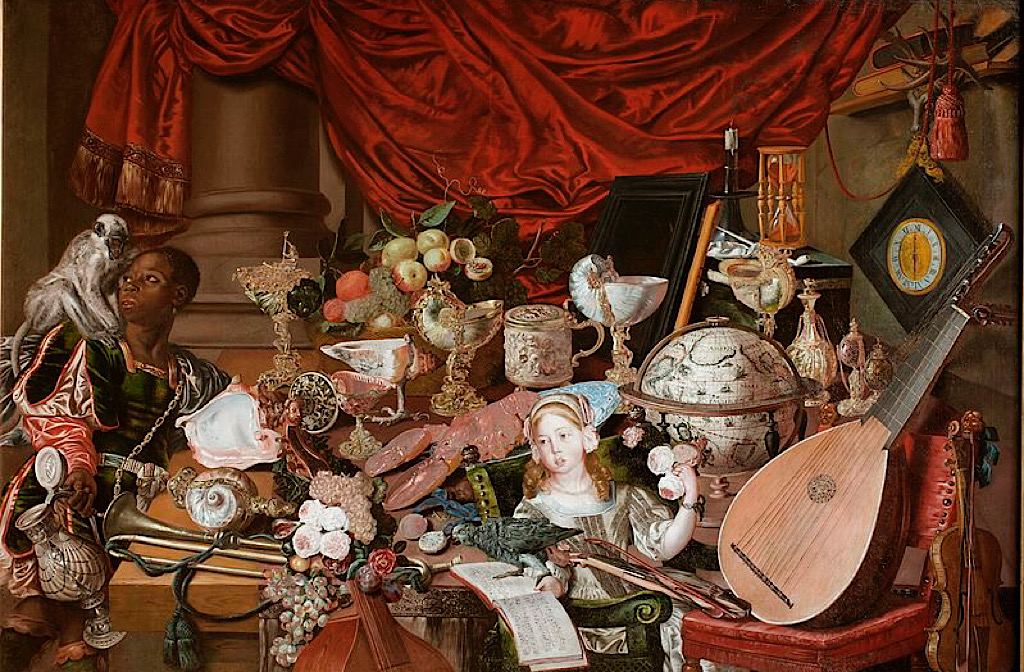 Peter and his partner have created all the photographs in and around their house and garden. “To date, we’ve only had one disagreement over an incorrectly angled prop… Check in again at the end of lockdown, though!”

The Getty Museum Challenge has been something for the pair to focus on. “Trying your hand at a creative art can be a great way to temporarily step away from the outside world and refocus.

“The simple act of trying anything new is incredibly refreshing, especially when it pushes you out of your comfort zone. Having said that, I can’t wait to be back on stage singing to a live audience.”