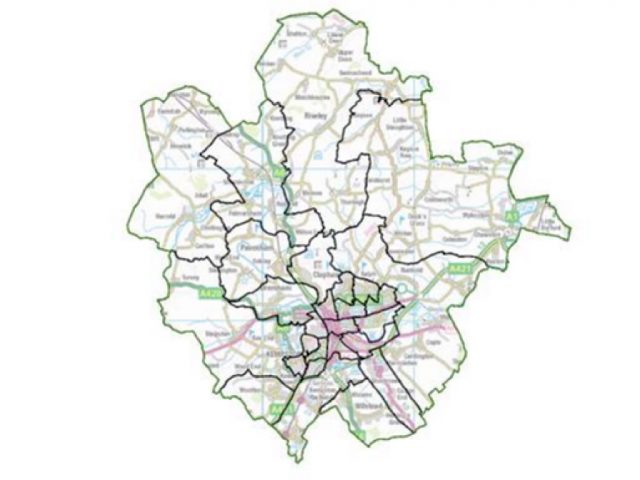 This year will see a shake-up of the current council wards in Bedford Borough, and the public is being asked for their help to decide the new boundaries.

This is the initial part of an electoral review by the Local Government Boundary Commission for England which will re-draw ward boundaries across the borough.

The Commission has also announced that Bedford Borough Council should have 46 councillors in future: six more than the current arrangements.

In drawing up new boundaries, the Commission aims to deliver electoral equality for voters in council elections so that each councillor represents roughly the same number of voters.

The review also aims to ensure that the new council wards reflect, as far as possible, the interests and identities of communities across Bedford.

You can view a pdf of the current ward boundaries here.

Professor Colin Mellors, Chair of the Commission, said, “We are asking local people and organisations to help us draw up new wards for Bedford.

“As we develop the recommendations, we will take into account local community identities as well as ensuring electoral equality for voters.

“If you have a view about which communities or neighbourhoods should be part of the same council ward, then we want to hear from you.

“And if you think a road, river or railway makes for a strong boundary between communities in your part of Bedford, then this consultation is for you.

“Your views will make a difference.

“We will carefully consider all evidence that is provided during this phase of the review, whoever it is from and whether it applies to the whole of Bedford or just a small part of the borough.

“Residents will then have a further chance to have their say after we publish our draft recommendations in August.”

Philip Simpkins, chief executive of Bedford Borough Council said, “Local councillors represent their residents and their wards, act as an advocate for their local residents, and keep their communities informed about issues that affect them.

“The independent Local Government Boundary Commission for England is asking for local people’s views on how they will be represented in the future as part of their electoral review.

“The Commission is consulting on re-drawing the ward boundaries, aiming to deliver electoral equality for voters so that each councillors represents roughly the same number of voters, and aiming to reflect the interests and identities of local communities across the Borough.

“Have your say on how you want to be represented.”

Local people have until 4 May to submit their views in this consultation.

Further information on the review and interactive maps of the existing wards can be found at consultation.lgbce.org.uk and www.lgbce.org.uk.