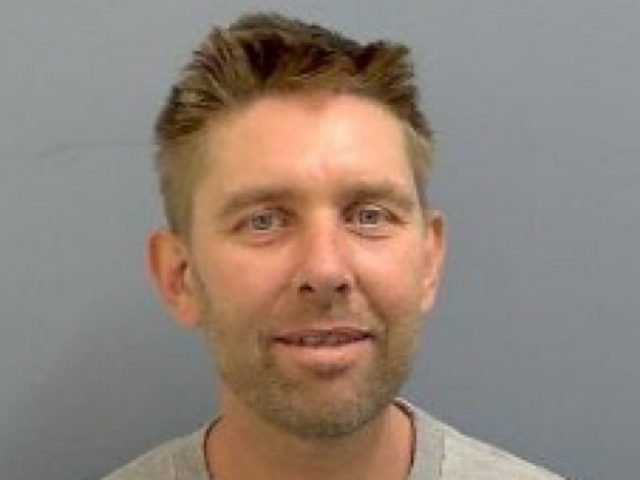 A prolific burglar, who caused tens of thousands of pounds of damage to businesses in and around Bedford, will spend four years and six months behind bars.

Dean Jeffs, 45, of no fixed abode, was sentenced on Friday (25 October) at Luton Crown Court after pleading guilty to six burglary offences.

Between 2 July and 18 July, Jeffs committed a series of commercial burglary offences, stealing hundreds of pounds worth of tobacco and alcohol, as well as reversing a truck into a shop in Harrold.

In the early hours of 2 July, he gained entrance to a newsagents in Station Road, Flitwick, where he damaged the property and stole items. He left blood at the scene.  He was also linked to a burglary offence on 5 July at 4.20am at Putnoe Service Station, where he smashed open a glass door.

On 12 July he gained entrance to a petrol station in Clapham Road, Bedford, but made off without taking anything. On the same day he later targeted a shop on the High Street, in Clapham, where he stole cigarettes.

On 18 July, he gained entrance to a shop in Harrold by reversing a truck into the store. Jeffs and one other man entered the shop and stole cigarettes before being disturbed and making off.

Officers arrived at the scene, and following a pursuit, Jeffs was tracked down by a police dog.

Detective Constable Dave Brecknock, who investigated, said: “Jeffs targeted small businesses where he stole hundreds of pounds worth of tobacco and alcohol, while also causing a great deal of damage to businesses.

“Jeffs will now spend time in prison paying for his crimes, where hopefully he can reflect on his actions.

“Burglary is priority for the force and we will not tolerate such crimes as we continue to work hard to apprehend the perpetrators.”

Whilst Bedfordshire Police is working hard to target burglars, they are also reminding businesses of their crime prevention advice.

• Ensure all windows and doors are locked that are not in use and all secured at the end of the working day.

• Try to block any main access points from the road. For example if your shop is located on a high street, try to ensure a vehicle is parked outside.

• If there is a car park for the location, could this be blocked off in anyway after the hours of business?

• If you do have an ATM machine ensure it is highly secured and in a position that is not easy to access. Ensure it is not near to any access points and make sure it is covered by CCTV.

• Do you have anti-ram bollards installed? Although there may be cost implications initially this could be a lot less than the repair and recovery cost.

• Ensure that your alarm is in full working order.

• Ensure that your CCTV system is in full working order and that the camera lenses are not obscured by cobwebs or overgrown greenery.
Make it obvious that CCTV is monitoring by displaying bright signage both internally and externally.

• Speak to any neighbouring properties; ensure they call the police if anything suspicious is seen.

Call Bedfordshire Police on 101 to report any suspicious behaviour. If a crime is in progress, always call 999.