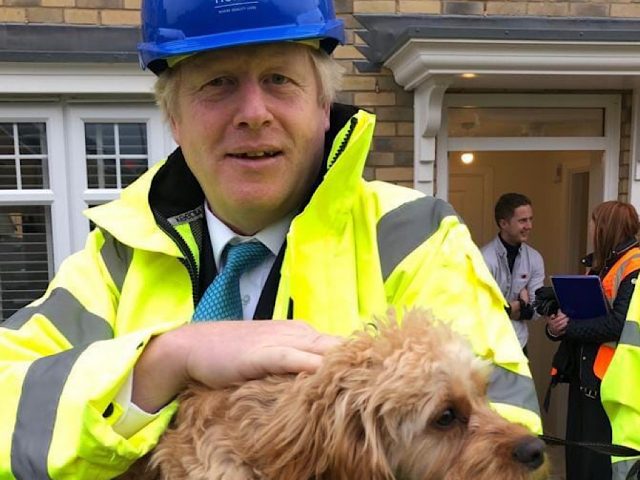 The Prime Minister, Boris Johnson, visited Wixams today as part of his campaign ahead of the general election on Thursday 12 December.

He met residents and Rocko, a four-legged customer of All About Dogs, a newly-established dog walking service.

“Earlier today I took an hour out from door knocking after being invited by the Prime Minister to join him at a nearby housing development,” said Bedford & Kempston candidate, Ryan Henson.

“Like many others my age, I am not yet a homeowner.

“If I am the MP for Bedford and Kempston and the Conservatives form the next Government we will: Deliver at least 1m homes by 2025. Help people buy with long-term fixed rate mortgages requiring only 5% deposits. Provide a 30% discount for local first-time buyers. End no fault evictions.

“This is a really big deal for people who rent.

“Over the last five years we’ve built a million new homes but there’s lots more still to do.”

Wixams is within the Mid Bedfordshire constituency. Nadine Dorries (Conservative) has held the seat since 2005.

The Bedford Independent contacted Ms Dorries’ office for a comment, but we have not received a response.