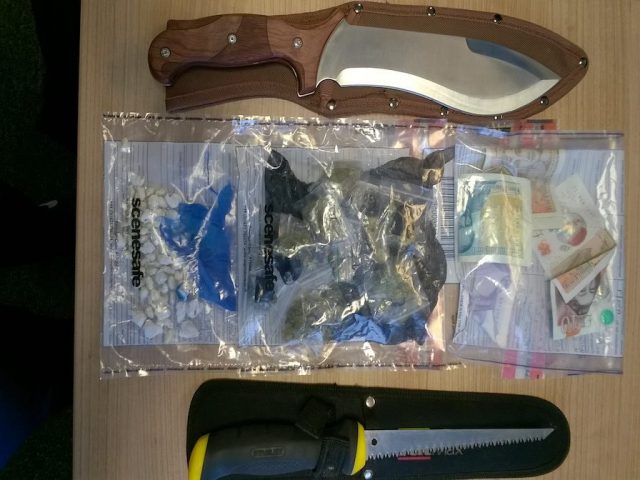 Bedfordshire Police have arrested seven people in an early morning raid after weeks of intelligence gathering into county lines drug dealing and cuckooing in Bedford.

A property in Hurst Grove was raided on Tuesday morning leading to the arrests and confiscation of suspected Class A drugs, cannabis, drugs related paraphernalia, weapons and some suspected stolen property.

Sergeant Rebecca Dilley said: “This was another excellent result for the Op Nola team, who have developed the intelligence and moved quickly to make a number of arrests and remove a large number of drugs and weapons from our streets.

“We will not stand for county lines dealers operating in Bedford and will do all we can to protect vulnerable victims and bring those peddling in this sort of criminal activity to justice.”

Anyone who suspects drug dealing or any other suspicious activity where they live can report it by calling 101, quoting Operation Nola or via Crimestoppers, anonymously, on 0800 555 111.

Read more about county lines and cuckooing in our recent interview with Bedfordshire Police.