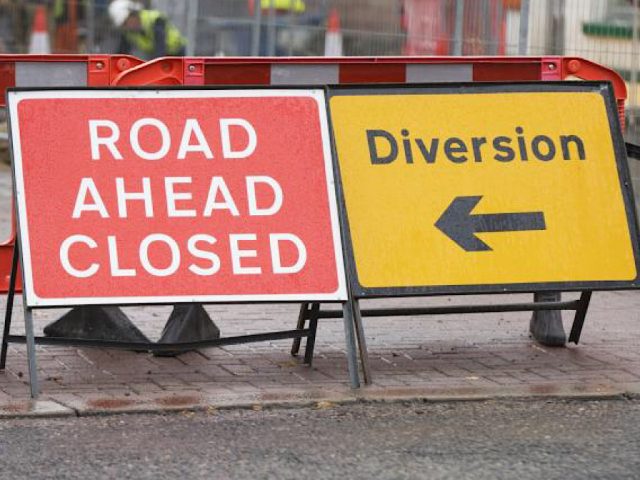 Bedfordshire Police have issued a warning for motorists to avoid the Interchange Retail Park this evening (Friday) after heavy traffic has built up in the area.

In a tweet, the force asked drivers to take alternative routes. 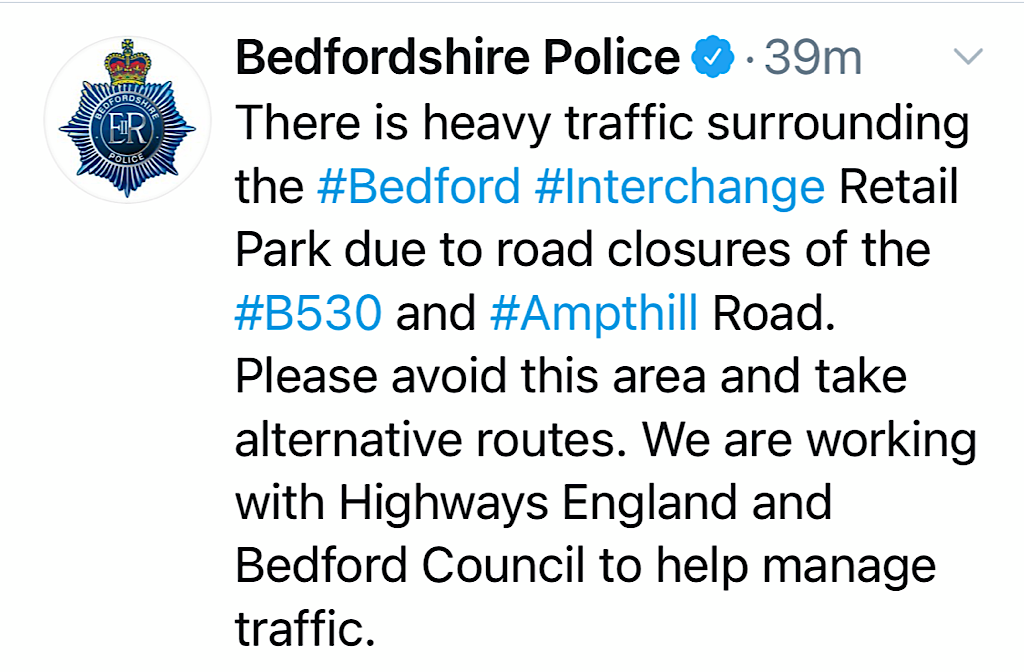 On Monday, the area around the retail park ground to a standstill after road closures and confusing signage trapped shoppers in the car park for hours.

Read: Gridlock at Interchange Retail Park as B530 roadworks cause traffic chaos

The B530 was temporarily reopened to ease the traffic flow, but it’s re-closure yesterday has created similar jams.

Borough Council spokesperson said, “We would urge drivers to please follow the diversion signs that are in place advertising the closure of the B530.

“With the volume of traffic using the Interchange Retail Park and getting used to their new car park arrangement, and rush hour traffic, we have been seeing some congestion.

“We are working with the Police to help alleviate this congestion as much as possible. Apologies for any inconvenience caused.”

A police spokesperson said, “Police are in attendance and working with Highways England and the Borough Council to get traffic moving.”