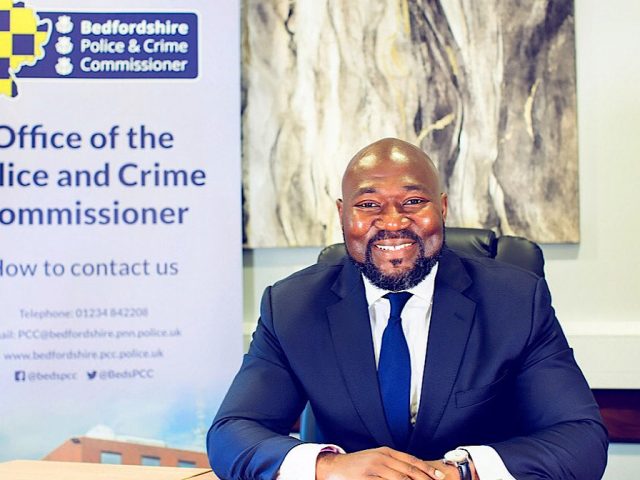 The quality of the reports issued by the Bedfordshire police and crime commissioner and his office is not good enough, a meeting heard.

And a report on drug dealing and causes of crime was criticised as “very, very weak” with the PCC Festus Akinbusoye being asked to redo it.

At yesterday’s (12 October 2021) Bedfordshire Police and Crime Panel, the PCC presented an overall update on his strategic decisions made and engagements undertaken since the panel’s last meeting.

Referring to the report, Mr Paul Downing, the Panel’s vice-chair, said, “What you have listed are five strategic decisions, four of which appear to be very similar.”

The report listed appointments of chairs to four disciplinary hearings.

“There must have been during the last three months other key strategic decisions to do with the policing of Bedfordshire that you have made.”

The PCC replied, “There certainly have been and some of those had been reported in the past.”

“But they’re not shown here in a public document,” Mr Downing replied.

The panel’s chair, Councillor Ian Dalgarno (Central Bedfordshire Council) said that he appreciated that additional information was provided alongside the report, but this needed to be listed in the main report.

“So in effect, it looks as though you have made four appointments to panels, which is part of normal HR,” he said. “And one strategic decision with regards to grounds maintenance.

“We know you have done more than that, but in terms of the public, if they just look at the report as it’s currently laid out, it doesn’t lay out the additional decisions you have taken.

“So the quality of the report leaves something to be desired.

“There needs to be some clarity as to what real strategic decisions you have taken.”

“So we ask that this report is redone and brought back to the panel showing the strategic direction you have given to the chief constable, and what outcomes you see as being successful.”

The PCC said he’ll take the feedback on board.