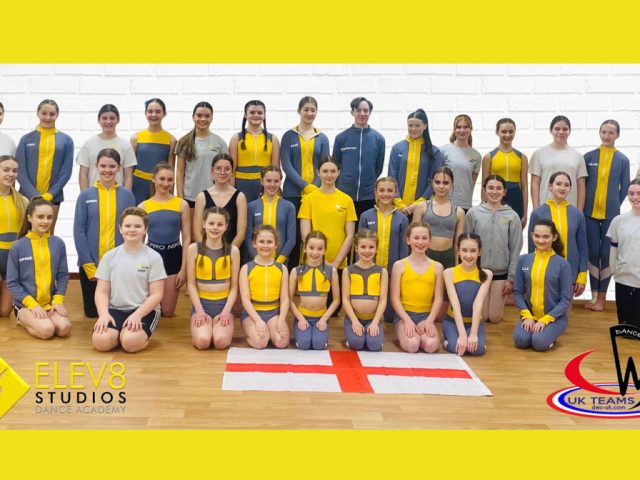 A team of Bedford dancers’ hopes hang in the balance as they face flight cancellations, industrial action and passport delays ahead of this year’s Dance World Cup in Spain.
39 hopefuls from ELEV8 Dance Studio in Bedford have been selected to compete as part of Team England in the event in San Sebastian between 23 June and 3 July, but travel issues have dogged many of the team, with one family opting to drive 854 miles rather than risking flight uncertainty.
Having missed out on Dance World Cup in 2020, due to the pandemic, students from ELEV8 competed in Telford – rather than Spain – in 2021, returning with 11 medals, despite the challenges of training during lockdowns.
“This year we have 39 students who have been selected for Team England,” said Angela Feehan, co-director of ELEV8.
“It’s an amazing achievement and they have all worked incredibly hard to prepare for this event.
“However, several of our students’ families have been impacted by flight cancellations, many re-booking to be cancelled again.
“This has been very stressful and costly for parents, the students have been working as a team and there is a lot of ‘parent guilt’ to provide alternative arrangements.”
One of the group’s key dancers, 16-year-old Christopher Dixon from Oakley, has been waiting for his passport since applying for a replacement in April.
Christopher and his parents have been waiting for over two months for their new passports to be issued by the Passport Office. Christopher’s sister, Willow – who is also competing with Team England – received her replacement passport three weeks after applying.
“It’s been a nightmare,” Christopher’s mum, Andrea Dixon, told the Bedford Independent.
“When Willow’s came back, we just assumed the other three would arrive soon. After six weeks, I rang the Passport Office and was given their official line, but there’s nothing more they can do.
“Everyone I’ve spoken to has been very nice and as helpful as they can be, but there’s only so much they can do.”
With less than a week before they fly, time is running out.
“Christopher is quite central to the dances; it’s not like there are loads of 16-year-old boys who can sing and dance who could replace him. It’s vital he’s there,” said Andrea.
Jo Arnett, Team England’s manager, said that issue has been challenging for team members flying from all over the country.
“I have been speaking to MPs at the House of Commons and they have said the passport office has been severely understaffed but has now taken on a lot of new people so they are hopeful that passports will be processed in time for the dancers,” said Jo.
“We are really hoping to get everyone to Spain for Dance World Cup.”

The Bedford Independent contacted HM Passport Office on behalf of the Dixon family and Andrea has now received confirmation that her application has been approved. They are yet to hear of the status of Christopher or his father’s passports.

A spokesperson for HM Passport Office said: “Staff are processing approximately 250,000 passport applications each week and the latest figures show that 98.5% of applications have been completed within 10 weeks. But we cannot compromise security checks and people should apply with plenty of time prior to travelling.

“Since April 2021, we’ve clearly stated that people should allow up to ten weeks when applying for their passport to factor in the increased demand, which has seen five million people delay their passport application due to the pandemic.

“An expedited service is available to help the small percentage of people whose applications take longer than ten weeks to receive their passports before they travel.”