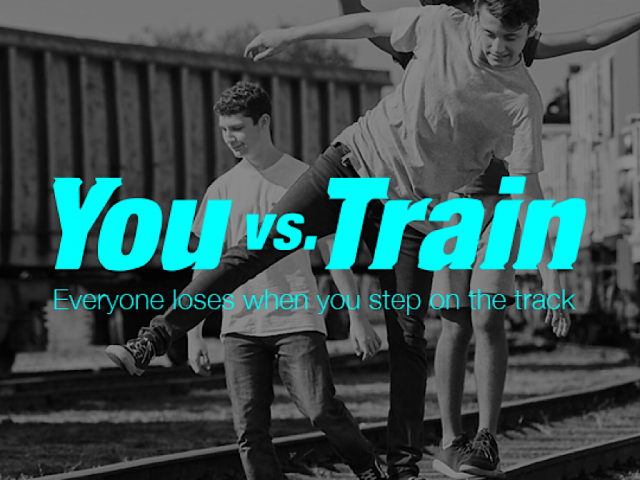 As schools close across Britain, Network Rail is urging parents and carers in Bedford to hammer home railway safety messages.

Incidents of trespass on the railway always spike when children are not at school, so parents are urged to remind their children to keep off the tracks as trespassing on the railway is incredibly dangerous and can have horrendous consequences for children and their families.

In 2019 there were 11 recorded instances of trespass in Bedford.

More than 13,500 trespass incidents occur on the rail network each year, a quarter of which involve youths.

As part of the Midland Main Line Upgrade, Network Rail is electifying the route between London to Kettering and Corby via Bedford. Overhead line equipment carries 25,000 volts of electricity- enough to kill anyone coming into contact with it.

Allan Spence, head of public and passenger safety at Network Rail said, “The Easter holidays are the start of the peak for railway trespass and with schools now closed for an extended period, I’m really, really worried that the railway will become an irresistible but catastrophic playground for too many children.

“Each year, we see hundreds of people taking risks on and around the railway, resulting in tragic consequences and life-changing injuries.

“Please talk to your children, access our free school railway safety lessons and help us to help save young people as we know all too well that that everyone loses when you step on the track.”

Network Rail and British Transport Police run a hard-hitting safety campaign – You Vs Train, which highlights the devasting consequences of trespassing on the railway.

With the early closure of schools, the organisations are offering parents the opportunity to sign up for free online tutorials of the You vs Train railway safety lessons, which are normally broadcast into schools via their educational partner LearnLive; visit https://learnliveuk.com/trespass-awareness-week/ for more details.