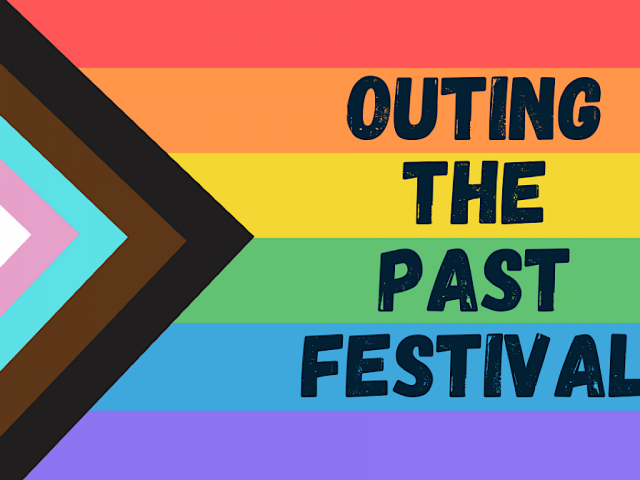 The Higgins Bedford is hosting its annual OUTing the Past Festival this Saturday, as part of LGBT+ month.

Despite being in its fourth year, this will be the first time that the event has been held virtually, giving the opportunity for great accessibility for all of the community to join in.

A range of dynamic speakers will use the theme Body, Mind and Spirit to share the hidden histories and stories of the LGBT+ community, celebrating its diversity and raising awareness of the challenges that the community have encountered and continue to face today.

The day begins with a presentation by Dr Abtin Sadeghi exploring the health issues that have been important to the LGBT+ community throughout the 70 year history of the NHS.

Then, Ju Gosling will be sharing the work of Regard, a national organisation that represents people with disabilities in the LGBT+ community, including the role of social care and the effects of hate crime. 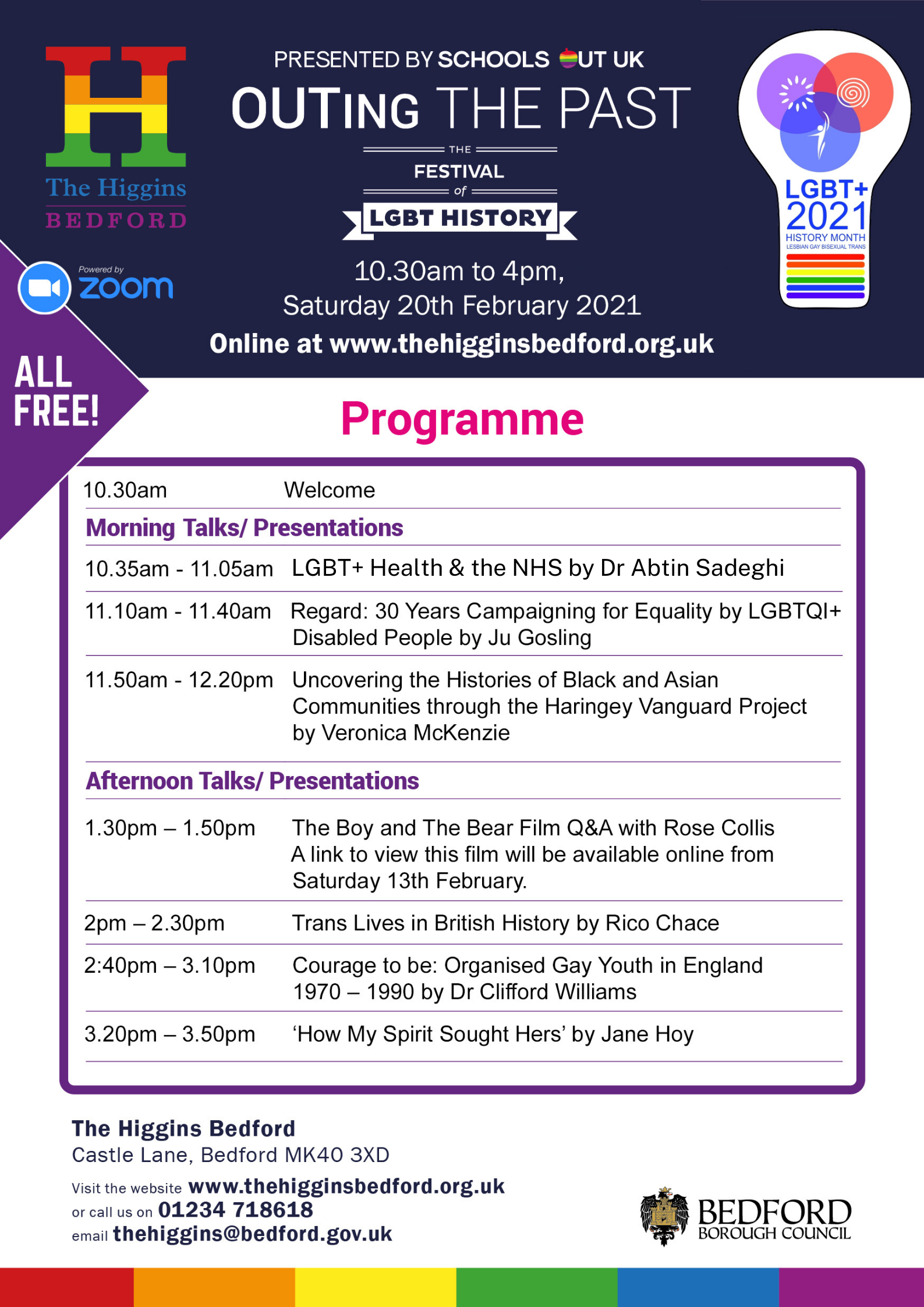 Afterwards, Veronica MacKenzie will give an insight into the lives of Black and Asian LGBT+ people, their role in several key movements that shaped LGBT+ history, and the importance of unity and queer spaces.

The afternoon brings an exciting film Q&A session with critically acclaimed performer, author, playwright, singer and musician, Rose Collis. Her film, The Boy and The Bear, portrays the personal and political journey taken by a lesbian and her closest gay male friend against a backdrop of the early Gay Pride marches, ‘agit-prop’ gay/feminist theatre, the London gay scene of the 1970s and the early days of the AIDS epidemic.

A link to view the film will be available on The Higgins Bedford website from Saturday 13 February.

Rose will be answering questions about her film from the community at the OUTing the Past Festival.

Afterwards, Dr Clifford Williams will share the personal accounts of people that participated in the early Gay Youth groups and campaigns from 1970-1990.

To round off the day, Jane Hoy will be sharing the story of Amy Dillwyn. Until recently her life has remained hidden and her same sex attractions ignored.

With the aid of costumes, puppets and audience participation, this lively show explores how Amy fought her way back to health to become a successful novelist and cigar smoking businesswoman.

Councillor Doug McMurdo, Portfolio Holder for Leisure and Culture, said: “The Higgins Bedford have worked really hard this year to bring the OUTing the Past Festival back to Bedford Borough for a fourth year in a row.

“The virtual event will feature a number of great speakers and guests who will talk about the history of the LGBT+ community and the challenges that they have overcome to get to where they are today.”

The OUTing the Past Festival will run from 10:30am until 4pm on Saturday 20 February and is free to join in on zoom.

There is no need to book in advance for this event as the zoom link will be posted on The Higgins Bedford website closer to the time at www.thehigginsbedford.org.uk.