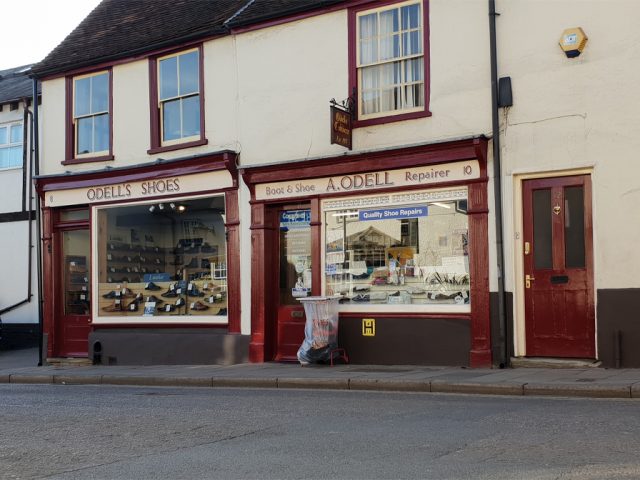 Independent shoe shop Odell’s was broken into overnight with callous thieves then throwing stolen shoes into the river nearby.

Bedfordshire Police say they were called to reports of a break-in at the St Cuthbert’s Street store at 6:30 this morning (30 July).

A full assessment to ascertain what was taken is being carried out by staff this morning. But, Philip Hammond who owns the store says it looks like the thieves have mostly taken odd pairs of shoes.

It’s thought they thieves noticed they had taken mismatched pairs and that’s why they dumped them.

Thieves also smashed a window and damaged a door.

Police say their enquiries are ongoing, but anyone with any information or noticed suspicious activity near the store or by the river along The Embankment is asked to call 101 quoting reference number 57 of 30 July.

Mr Hammond says this is the second time he’s had to deal with a break-in recently after thieves tried to get into his gentleman’s Hammond Hire shop on Bromham road a few weeks ago.