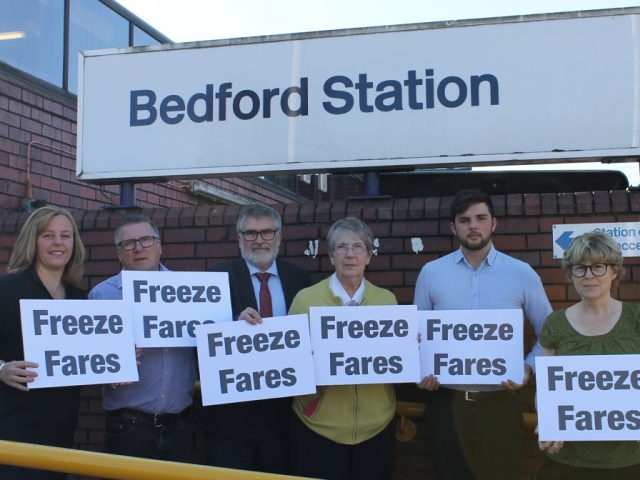 Sadly it wasn’t a Happy New Year for Bedford rail users last week, with fares rising by over 3%. This is simply indefensible.

Bedford rail users have had fast intercity peak time services removed by the government, they suffered the total failure of the new Thameslink timetables last year, and they face the almost complete removal of Bedford from the intercity rail network under the next East Midlands franchise.

All that should mean a fares freeze at very worst, not another punishing increase. Yet the government defends the rise and divides people further by blaming it on rail workers.
I’ll keep arguing for a fairer deal for commuters and you can join the call to freeze fares via the petition at https://SignMe.org.uk/1514

Meanwhile, there’s a big year ahead on rail issues, with a public consultation on the Bedford to Cambridge section of the East-West rail line due this spring, the new East Midlands franchise and progress to be made on the new Wixams Station.

We also want to keep up the progress which has seen bus coverage increase in Bedford Borough by more than anywhere else in the country. Plus, we’ll be moving ahead on several schemes under our road congestion-busting Transporting Bedford 2020 programme.

There are also some big transport challenges ahead. These include Network Rail’s full closure of Bromham Road Bridge later in the year while they replace it to electrify the railway line below. We’ll be working to minimise the inevitable disruption this will cause.

All this is in the context of another cut in the Council’s funding from Government, which confirms that despite the spin, austerity is definitely not over for local services.

So there are big transport challenges and opportunities alike ahead of us in 2019. By working together I’m confident we can keep Bedford Borough on track, motoring ahead and striding forward!