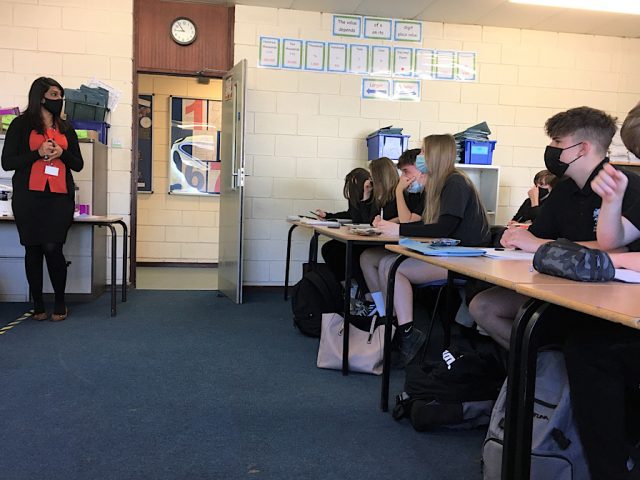 New guidance sent to Bedford schools by the council’s Director of Public Health during half-term does not officially align with Department for Education policy.

Councillor Hilde Hendrickx (LibDems, Newnham Ward), meeting chair, asked: “What is the guidance from the Department for Education at the moment regarding Covid measures in schools?

“How does it work, when can we put out some extra guidance?”

Mr Pearson replied: “The guidance that was sent out on Friday does not officially go in line with the Department for Education policy.

“Officially, Bedford borough didn’t hit the thresholds where we, as a council, could say we want everybody to wear masks.”

The Bedford Independent broke the news on Monday that parents were frustrated at last-minute changes and lack of consistency to COVID policy at Borough schools.

One parent asked, “where is her [Vicky Head’s] data showing that these measures will have any discernible impact on case numbers in Bedford?”

But, Mr Peason did add that the Borough Council has sought guidance before issuing new guidance.

“Both the regional school’s commissioner, acting on behalf of the Department for Education, and Public Health England wrote back to Vicky [Head] as our director of public health saying if that’s the route you take – to issue the letter – we won’t oppose that,” he said.

He added that the council is continuing to see significant numbers of Covid cases, particularly amongst our 11 to 15-year-olds.

“The cases have been higher this half-term than they were in any previous time amongst that cohort of young people,” he said.

“We have also seen quite a significant increase in cases amongst our five to 10-year-olds, our primary age cohort as well.

“Thankfully, we haven’t seen young people starting to get really seriously ill in large numbers, but there have been a couple of young people that have got more and more ill.

“We’re also aware of the knock-on effect to adults, and to the parents and then to grandparents and older age ranges, which as a council we’re obviously monitoring very closely.”

In her letter, Ms Head advised all schools and colleges to ensure that all staff, visitors, students in Year 7 and above (Year 5 and above in Middle Schools) wear masks in all communal areas outside the classroom.

Schools and colleges were also asked to reduce indoor gatherings and mixing between classes and year groups, as they see as appropriate.

Mr Pearson said: “We’ve got a strange situation now where it might not be directly in line with policy, but there is no direct opposition for us issuing a letter that says we think these measures will help keep people safe.

“The guidance from September onwards from the DfE was ‘crack on, it’s gone now, usual processes back in school’.

“It’s not one that I think many of us were comfortable with, I’m really glad we got to this position now [updated guidance],” he said.