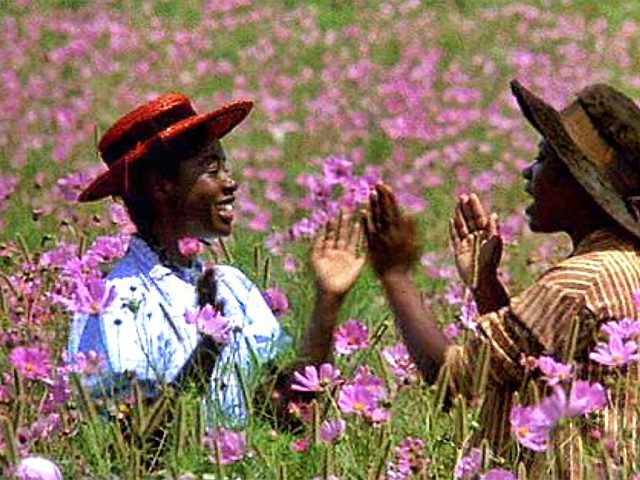 A long-overdue movement is happening across the world for the rights of Black people and every single human being who has faced discrimination due to their race.

We must acknowledge it and mark these days with compassion moving towards a more accepting future.

Being white, I understand that I will never experience – or fully understand – racial discrimination. However, I stand in solidarity with Black Lives Matter.

We must strive to educate ourselves and accept our corrupt history but most importantly we must accept that our society has an innate prejudice against certain groups of people and work towards change.

We should have been more proactive and supported this cause sooner as our silence lent complicity to racist violence. Simply too much has been swept under the rug.

George Floyd shouldn’t have had to die to spark this movement. Emmet Till shouldn’t have been so brutally tortured, deformed and lynched at 14 years old.

Being British, it is easy to label racism as “America’s problem” but we are far from innocent.

Police restrained and dragged 19-year-old Julian Cole outside Elements nightclub in Bedford, leaving him in a police van with a broken neck and no medical attention.

He was left paralysed and with severe brain damage. The police were subsequently discovered to have lied in their notebooks about their treatment of Julian.

With passions so high it’s hard to know how best to support this cause.

As Malcolm X said, “Education is the passport to the future, for tomorrow belongs to those who prepare for it today”.

So, I thought I’d contribute by recommending some films which are crucial in illuminating the history of black people and explore racial discrimination.

It’s by no means an exhaustive list, but it’s a start and will lead you onto more and more films that help tackle this important discussion. 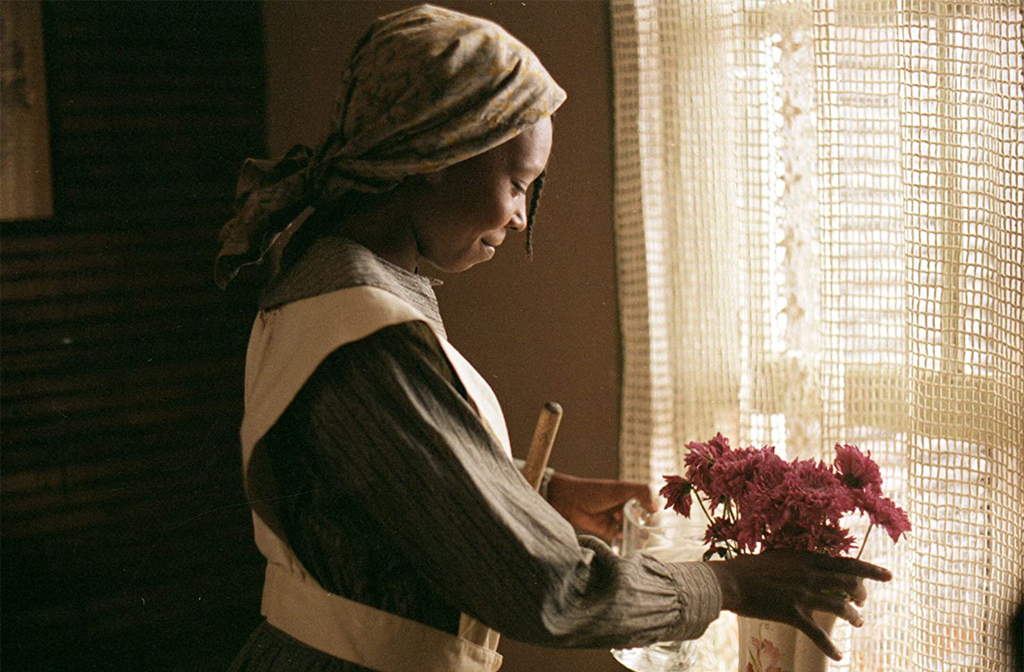 This heartbreaking film is undoubtedly one of Stephen Spielberg’s finest works.

It portrays the life of a young black girl in the early 1900s named Celie (Whoopi Goldberg) who is impregnated at the age of 14 which is her first of many hardships in the years to come.

She is practically sold to an abusive husband and separated from her sister who is her only source of happiness.

The advert promises that the watcher will “never forget” every single character that is woven so artfully into this tale and I utterly agree with this.

Whoopi Goldberg won the Golden Globe Award for Best Actress in a Motion Picture for her performance and also the NAACP Image Award for Outstanding Actress, although I believe that every single actor and actress in this film deserved an Oscar as each of them so boldly convey the injustice of racial discrimination.

Spielberg doesn’t only explore Celie’s troubles but poignantly extends the narrative to the struggles of the whole community who have continued to be oppressed by white people despite the abolishment of slavery being ratified in 1865.

One of the most heartbreaking sub-stories is that of Sofia who is played by Oprah Winfrey.

She begins as a strong and empowered woman, however, we tragically see her light snapped out by disgusting acts of racism.

One of the final and most famous lines in the film is “I think it pisses God off if you walk by the color purple in a field somewhere and don’t notice it.”

Noticing racism is the first step and the second one is moving towards a more accepting and loving future because as the famous bassist Flea said: “anything that is not love is cowardice.”

The Hate U Give 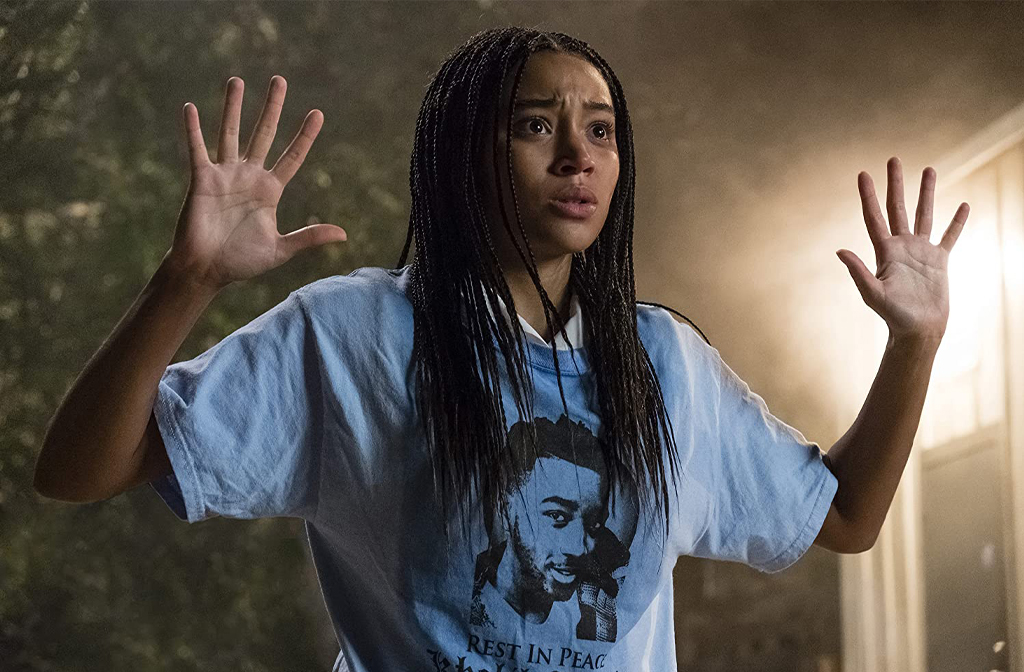 The title of the film is inspired by the rapper Tupac Shakur’s acronym for “thug life” which is “the hate you give little infants f**ks everybody,” highlighting the endless repetition of violence within society.

The Hate U Give shockingly foreshadows the nation’s reaction to George Floyd’s murder and entails a girl named Starr (Amandala Stenberg) who witnesses her best friend being shot by a police officer due to his race and becomes the centre of a civil rights movement.

This film may be harder to watch and accept than the other two because it is set in the modern-day and the issues it addresses are very current.

The watcher, therefore, cannot take comfort in the belief that racism only exists in the past and is forced to confront its modern iteration.

I watched this with my family and it sparked a lot of debate which I would encourage all of you to partake in as talking about these topics is very important.

It is very easy to say “that is just how it is” and sit back doing nothing but we must find our voices like Starr and fight for equality whether or not we are directly affected by injustice.

Amandala Stenberg was only 18 when she began filming The Hate U Give and her performance is strikingly powerful.

The watcher can undoubtedly see and ‘feel’ the pain she shows Starr going through and my blood boiled in many scenes.

She was rightly awarded the NAACP Image Award for Outstanding Actress in a Motion Picture. 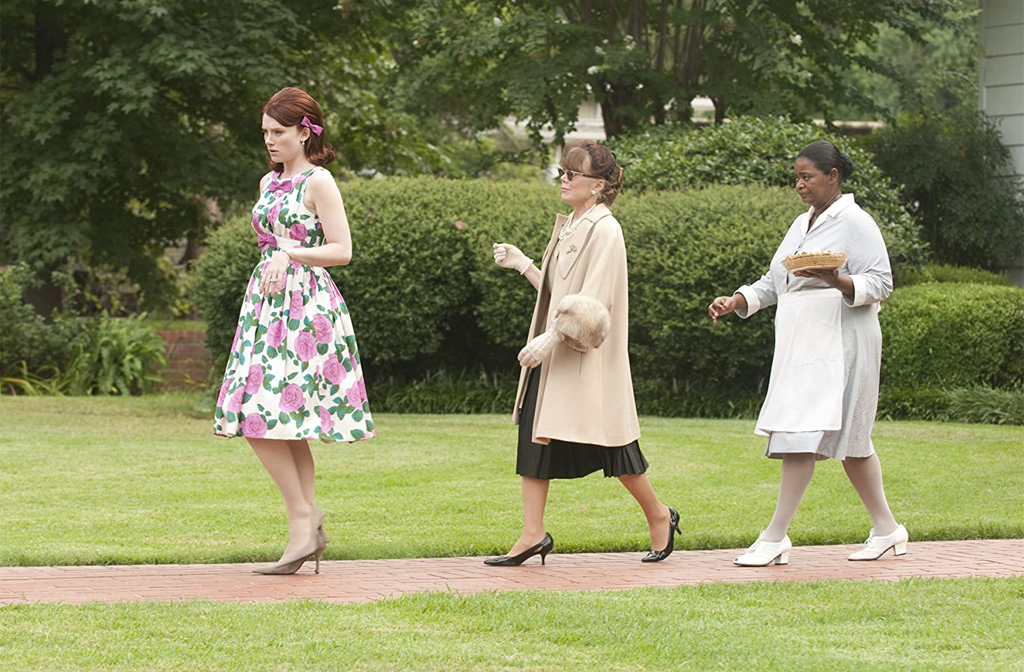 The Help moves on in time from The Color Purple and is set during the Civil Rights movement of the 1960s.

Emma Stone plays a young girl named Skeeter who is born into a wealthy white family and when she returns from university she begins to question racial injustices.

She rightly disagrees with the way that black maids known as ‘the help’ are forced to leave their children to raise white children, having been particularly close with the lady who raised her, and she believes that the segregation within her community is disgusting.

Skeeter decides to write a book from the maid’s point of view and she illegally begins interviewing Minny Jackson (Octavia Spencer) and Abileen Clark (Viola Davis) on the racism they have experienced their whole lives.

In an interview commenting about the film, Octavia Spencer said that “Civil rights is definitely a part of The Help but it really transcends just that. It’s about people finding their voice”.

It battles not only racism but sexism. Skeeter’s family disapproves of her pursuing academia instead of settling down with a husband.

The concept of the ‘fallen woman’ is also explored with the character of Hilly Holbrook (Bryce Dallas Howard) and she is rejected from society due to becoming impregnated out of wedlock.

Viola Davis said in an interview that “the definition of the word compassion is suffering ‘with’, you suffer ‘with’.

What ends up happening is these women enter each other’s lives and they all suffer ‘with’ each other” which is such a perfect way of putting it.

Each woman has a different hardship, some undoubtedly more than others, yet they all support and love one another which adds such a beautiful taste of hope to the film.

Every woman watching it can relate to at least one if not more of the characters which is what makes this film so empowering as they get through their sufferings together.

Viola Davis explained that it is about “ordinary people who tap into what is special about themselves.” saying that “so many times the things that are extraordinary about us are trapped by cultural limitations but on the inside, something so wonderful is bubbling”.

What Tate Taylor so wonderfully did with this film was allow the watcher to both laugh and cry ‘with’ these women so that everyone feels involved in the movement and is inspired to make positive changes themselves with the recurring inspirational phrase “You is smart, you is kind, you is important”.

The Help truly did deserve the 22 awards it received, including Octavia Spencer winning an Oscar for Best Supporting Actress and Tate Taylor being awarded the esteemed Paul Selvin Award.

Bryce Howard, who starred in The Help, as racist Hilly Holbrook, has recently said, “I’m so grateful for the exquisite friendships that came from that film…

“This being said, The Help is a fictional story told through the perspective of a white character and was created by predominantly white storytellers. We can all go further.⁣”

The Bedford Independent agrees. However, we believe that The Help still has a part to play in educating people on civil rights and racism.

To conclude this article I encourage everyone to be brave and to challenge what you think is wrong because as Martin Luther King Jr. said, “Our lives begin to end the day that we become silent about the things that matter”.

If you would like to view more films that tackle racism and civil rights, Time Magazine has also published ‘12 Movies to Watch to Educate Yourself About Racism and Protest History, Recommended by Experts‘.