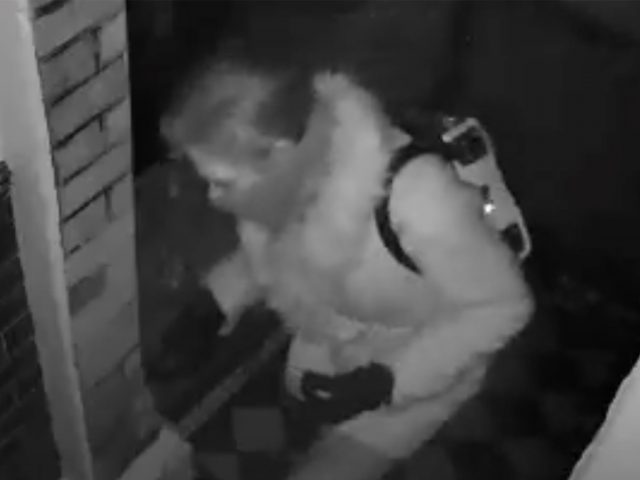 Months of doorstep milk thefts are causing misery to the residents of a number of streets in the Prime Ministers area of Bedford.

And despite residents capturing the thefts on CCTV, police have been unable to catch the perpetrator.

“Our milk has been stolen at least once a week since mid-October,” said a Clarendon Street resident whose deliveries are made by Milk & More.

Since October, she has emailed Milk & More 16 times to arrange a safer place for the milkman to leave her deliveries. She has not had a response.

Another resident and her husband have begun taking it in turns to stay up until the delivery has been made – typically around midnight – so they can take their milk in as soon as it’s been dropped off.

Other milk thefts have also taken place on Hartington Street.

One resident of Stanley Street became so fed up with the situation that she has cancelled her deliveries – and she’s not alone.

“We’d tried to speak to Milk & More about putting the bottles in a safer place, but the milkman kept forgetting and leaving them back on our doorstep,” she told the Bedford Independent.

“It’s such a shame as I love getting bottles delivered, I used to as a child. I don’t know what this lady’s motive is, but if she needs milk cos she can’t afford it, obviously, that’s sad I would give her some.”

This was a sentiment echoed by a number of other residents who felt sympathy for the perpetrator but were frustrated that nothing was being done, despite reporting the issue to the delivery firm and Bedfordshire Police.

By 14 January, Bedfordshire Police had received five reports of milk being stolen from doorsteps in Bedford.

However, research carried out by the Bedford Independent indicates that the problem is much more widespread than those reports suggest, with many thefts going unreported.

In a statement, Bedfordshire Police said: “Enquiries have been carried out and the investigation will be reviewed pending any further investigative opportunities.

“Anyone with information or who has experienced a similar incident is asked to report to us online here.”

The Bedford Independent contacted Milk & More for a comment but did not receive a response in time for our deadline.