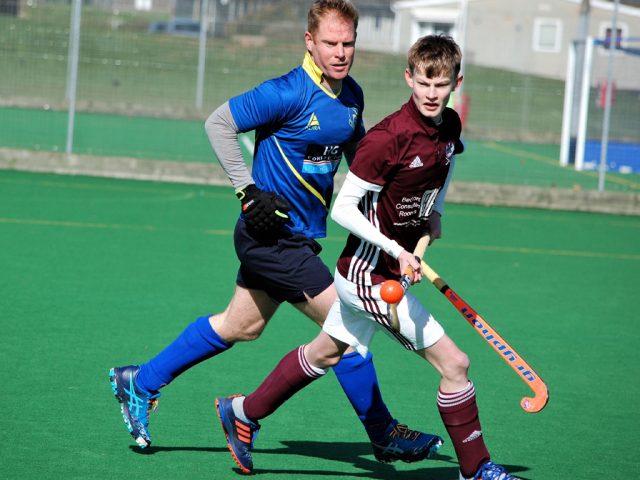 The day’s play at Chester Road got off to a flying start on Saturday, with the Ladies’ 7s netting a goal against Welwyn within the opening seconds of the match.

This was followed by a steady flow of goals giving them a 6-0 lead by the half-time whistle. The second half continued in a similar vein, seeing the goal tally double.

12-0 to Bedford, played against a lovely Welwyn team who battled on to the very end without losing any of their enthusiasm.

Next up, the Ladies’ 5s, another high scoring game and another clean-sheet for Bedford, as the team took on St Neots, 5-0 to Bedford.

The 5s are sitting 4th in their table, with a game-in-hand compared to the three teams above, and the team directly below them.

On the second pitch, yet another clean-sheet, and more goals, as the Men’s 3s took a 3-0 victory over Blueharts.

The Ladies’ 1s fixture was always going to be challenging, playing top of the table Hampstead & Westminster, coached by former England and GB Captain, Kate Richardson-Walsh, who accompanied her team to Chester Road.

It was, predominantly, a defensive game for Bedford, the result, 3-0 to the visiting opposition, keeper, Le Sarge, and the Bedford defence doing well to minimise the potential damage.

The Ladies’ 4s took to the field next and, resiliently, not only pulled themselves back from being behind against Chiltern 1s but went on to take the victory, 4-3 to Bedford.

Home performances ended, as they began, with a clean-sheet and a flurry of goals. The Men’s 2s dominating Blueharts to beat them 4-0.

In away games, the Men’s 4s kept up the trend, preventing Letchworth from getting on the scorecard, 2-0 at the final whistle.

The Men’s 1s, meanwhile, had a competitive game against Chelmsford, but returned home victorious after netting one more goal that their opponents to make it 4-3 to Bedford.

Further triumph went to the Men’s 5s, away to Royston, travelling back to Bedford 2-1 winners.

Both the Men’s 6s and Ladies’ 3s headed to Hertfordshire for their matches, the men to Rickmansworth and the ladies journeying to Potters Bar.

Both unfortunately failed to conquer their opponents, the men going 3-1 down and the ladies failing to score in a 2-0 loss.

Over in Sandy, the Ladies’ 6s were disappointed not to hold Shefford and Sandy to a draw, ending the game 2-1 down.

After last week’s promotion celebrations, the Ladies’ 2s continued to show their strength.

They faced a double-header over the weekend, on Saturday travelling down the road to St Neots and, on Sunday, going slightly further, over to Cambridge.

Saturday saw them hold St Neots to a 1-1 draw whilst, in Sunday’s game, they dominated Cambridge Town, 5-1 to Bedford.

Sunday, also, brought action for the Under 16 Girls, when they took on Towcester at home.

If any evidence were required, their performance demonstrated why they were worthy winners of the Bedford Borough Council’s Sports Team of The Year Award.

The youngsters put in a fantastic performance against Towcester’s U16s, winning the match 5-2.