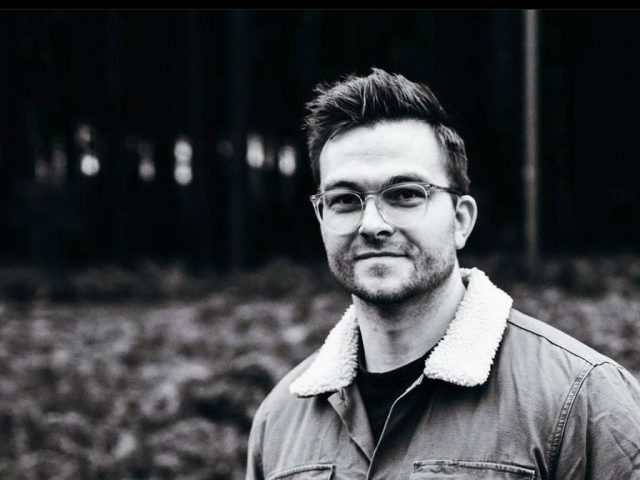 If there’s something Bedfordians are good at, it’s stepping up. When we can see something’s missing, we put our heads above the parapet, roll up our sleeves and give it a go.

One such person is Luke Levitt, owner of the Fit Collective PT and yoga studio in Bedford town centre. Luke has recently launched a men-only mental health walking group, after realising that his own mental health had been suffering.

“The pandemic made me question a lot of things, not least whether my business would survive,” said Luke.

“I began questioning our perceptions of masculinity and male vulnerability and this led me to take part in a coaching course. One of the guys on the course ran a men’s walking group up north and it made me think that I could run something similar here.”

Luke pulled on his walking boots and headed to the Peak District to give the idea some serious thought. As soon as he came home, he decided to go for it.

The first walk took place in December and – to Luke’s relief – 12 participants turned up.

“None of them knew each other, but it was very organic and natural – the opposite of what society says men are,” said Luke.

If the participants were stepping out of their comfort zones, Luke says he definitely was.

“I challenged myself to hold a sharing circle before we started the walk. There was no pressure on anyone, but so many of the men opened up and spoke about why they were there.

“During the walk, it was clear that based on those initial comments, other meaningful conversations were taking place and relationships were forming.”

Asked if he’d have been able to open up in this way when he was younger, Luke said, “I think I’ve always been this person, but ego and masculinity have got in the way.

“For a long time, I’ve wanted to be more vulnerable, but I was scared about what it would mean, particularly for my business.

“The gym industry can be pretty toxic and ‘macho’, but as soon as I was open and authentic about how I felt and what I was hoping to achieve, the response was amazing.

“And now I know that at least 16 other men feel the same way; they want better mental health, better relationships, better balance.

“On the walks, there is no judgement and everyone feels safe. Out in nature, before you know it, you’re sharing and opening up.”

The circular walks begin from the Woburn Hotel car park and the next one takes place on Sunday 20 February.

If you would like to take part, please email luke.levitt@hotmail.com