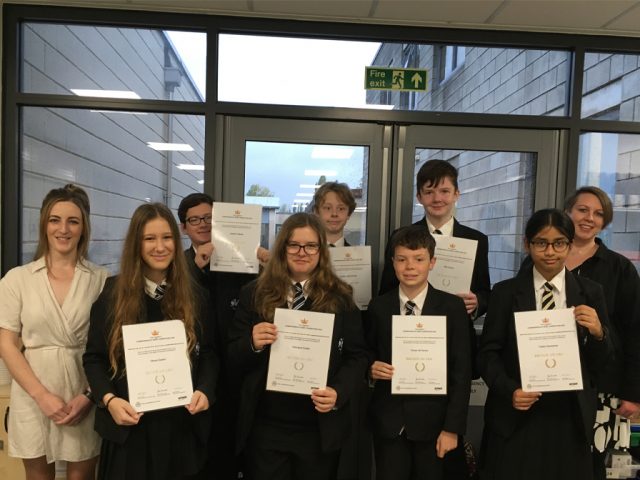 For the second year running, a student from Mark Rutherford School has received a Gold Award in an international essay writing competition run by the Royal Commonwealth Society (RSC).

Gold Award winner, Joseph, was among ten students from the school in Putnoe who were recognised in the Queen’s Commonwealth Essay Competition, which saw entries from more than 13,000 people from across the Commonwealth.

Gold Award winner, Joseph, said: “It felt great when I found out that I had won, it filled me with pride knowing that I had achieved an extraordinary accomplishment through my reflections on the pandemic.

“My entry projected into the future to explore the possibility of a Coronavirus museum. I would encourage any young person to get involved in the competition as you can express yourself fully and feel a sense of pride in having your voice recognised and rewarded”.

This year, the school encouraged its British Council partnered mixed secondary school, Kamasengre in Kenya, to also enter the competition and were thrilled to learn that one of their students secured a Bronze Award.

The international schools’ writing contest used the theme of “Community in the Commonwealth” to reflect on the global spread of COVID-19 and how it has affected the lives of many Commonwealth citizens.

Students were encouraged to consider how, through adversity, societies came together and share their stories of growth, community, and hope.

The final judging decision was made by an expert panel that included the poet, Imtiaz Dharker, whose work is included in the GCSE syllabus.