One hundred male-identifying students took part in the event which sought to recognise the role of gender and identity in the experiences of male secondary school students, and reduce the stigma around vulnerability and asking for help.

It was organised by Mrs Bye-Gannon, English Teacher and PhD student, to help normalise mental health discussions amongst males and encourage schools, nationwide, to support male students with emotional wellbeing.

The day-long event opened with an interactive talk by Daniel Wilsher of ‘Damaged Goods’ Limited on how he coped with the lasting impact of his father’s suicide when he was only a schoolboy. 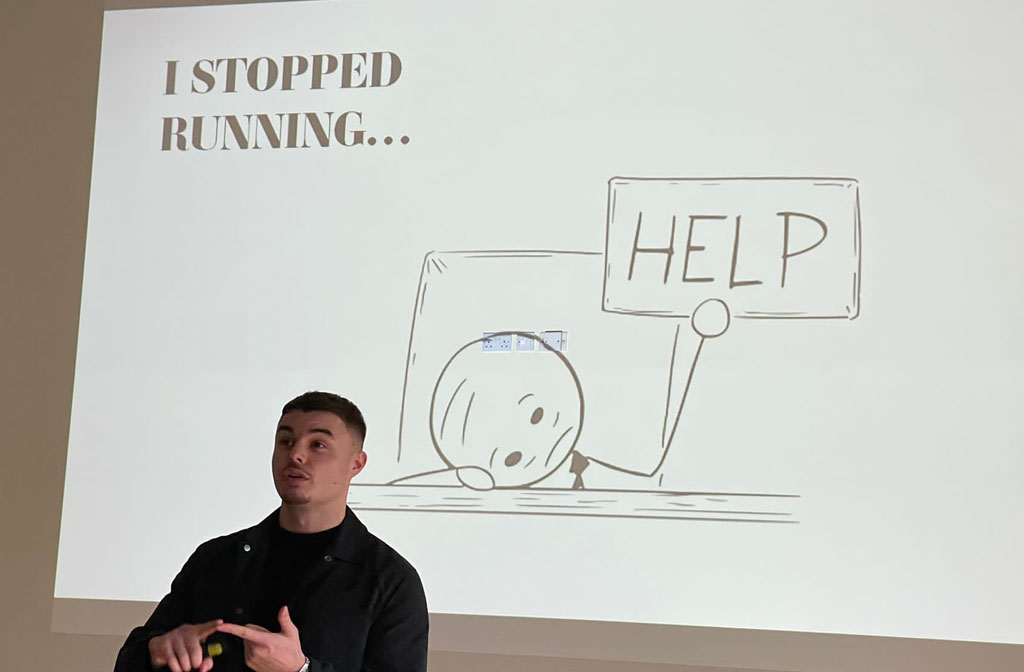 Danny’s talk encouraged the students to consider their own emotional needs and healthy management strategies to help them cope with future difficulties they might encounter.

For the remainder of the day, students rotated around three sessions all focused on identity and emotion.

Local resident and Sky Sports Living for Sport winner, Wayne Instrell, delivered an inspiring talk on the adversity he has overcome and his budding career at Sky Sports as a Junior Assistant Producer (Football).

In a creative session, students re-joined Daniel Wilsher to create video blogs (vlogs) about male mental health, with Daniel easing students in to openly expressing their emotions by allowing them to interview him on his battles with depression.

Daniel is also the creator of The Walk and Talk series, a vlogging channel that interviews ordinary people with extraordinary stories.

In the physical session, students were led by Harrison Smith (Coach Gyms) on competitive challenges linked to mental health messages. They took part in a tug of war to demonstrate that when men work as a team to face their challenges, they can overcome adversity.