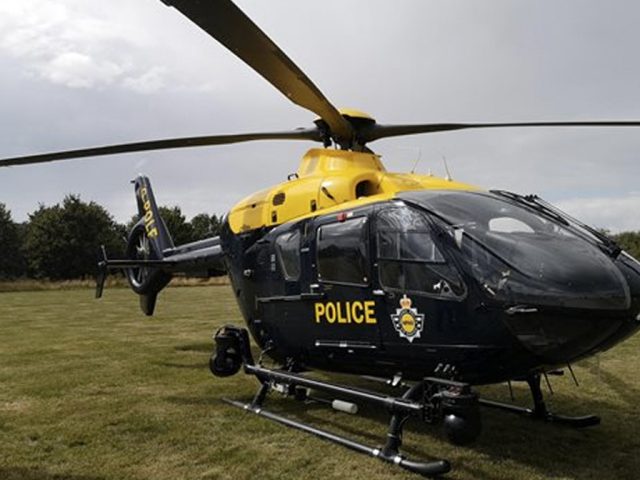 A man has been jailed for pointing a laser at a police helicopter.

Neil Lanham, 50, of Woburn Road, Bedford, was arrested after he was seen by the crew of the aircraft pointing a laser beam in their direction in September.

He tried to get rid of it by throwing it in a neighbour’s garden before officers on the ground arrested him but was spotted by the crew.

Lanham pleaded guilty to pointing the laser at the police helicopter and was sentenced on 26 November (Tuesday) to four months imprisonment.

PC Adam Geary, who led the investigation, said: “Pointing a beam of a laser at any vehicle or aircraft is extremely dangerous.

“When the laser hits the cockpit of an aircraft the crew can get momentarily disoriented, which can have disastrous consequences.

“We want to make it clear that this should not be done for any reason and especially not for fun.

“Police helicopters are fitted with high-tech equipment and can observe and describe the perpetrator in detail, as well as track their movement and any attempts to discard the laser.

“We are happy with the judge’s decision of imposing a jail term. Hopefully this will serve as a reminder to the severity with which such incidents are treated.”