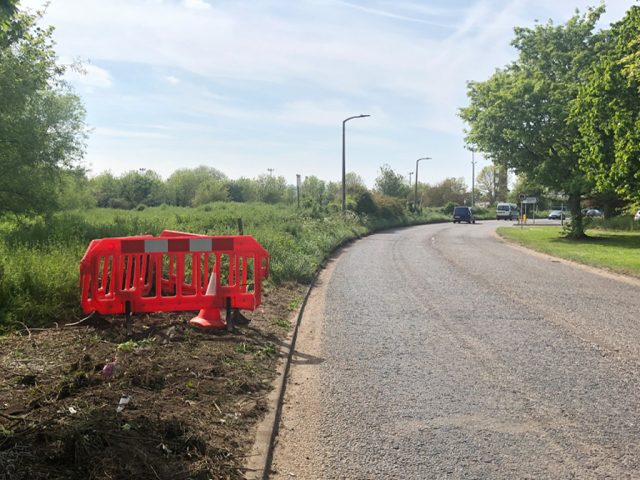 A man has been airlifted to hospital after the car he was in spun off the road and smashed into a tree on Barkers Lane in Bedford.

Two men were in the car when it crashed on a bend between the MS Therapy Centre and the Athletics Stadium, ending up in bushes and undergrowth between the road and a part of the River Great Ouse known locally as ‘the cut’.

Barkers Lane crash (14 May)
1 of 5
One of the men was airlifted to Addenbrookes and another taken to Bedford Hospital. Their injuries are not thought to be serious.

Barkers Lane was closed for several hours while the men could be freed from the vehicle and attended to. The Air Ambulance landed in the nearby Athletics Stadium.

The crash caused significant damage to a tree, hedging and a fence by the side of the road, as well as a lamp post which has had to be removed.

The cause of the accident is unknown

A spokesperson for Bedfordshire Police told the Bedford Independent: “At around 10.30pm yesterday (14 May) we were called to reports of a single vehicle road traffic collision in Barkers Lane, Bedford.

“If anyone was in the area at the time or has any other information please call us on 101, or visit the online reporting centre on our website, quoting reference 441 of Tuesday.”