If it wasn’t for the feeding tube you’d think Lulu De Vries was any other care-free five-year-old as she laughs, plays and jumps all over the Bedford Blues players visiting her today.

Sadly, Lulu is very sick and while she fights to get better, her mum and dad are fighting to raise the funds needed for life-saving treatment.

Lulu has high-risk neuroblastoma which has spread to her bones, bone marrow and lymphatic system.

While she started chemotherapy when diagnosed in 2018, what followed was an experience any parent hopes their child, or any child, would never have to endure: stem cell harvest, high dose chemotherapy, radiotherapy and now immunotherapy.

Lulu is responding to treatment, but her chance of a relapse, and then the unthinkable, are high.

Now, Lulu’s family have created Lulu’s Fight, an appeal to get the funding needed for Lulu to access treatment in New York, that could help reduce her chance of a relapse.

Without access to this treatment, Lulu’s chances of survival would drop to less than one in ten.

Her parents, Rob and Clare are trying to raise £162,000 by July, in the hope Lulu will be in remission at the end of immunotherapy and able to access the treatment.

“The amount is daunting but we can’t put a price on our little girl’s life. She has been so brave, she is our little hero. Please help if you can so we can potentially save our daughter’s life and prevent a relapse,” says Rob, Lulu’s dad. 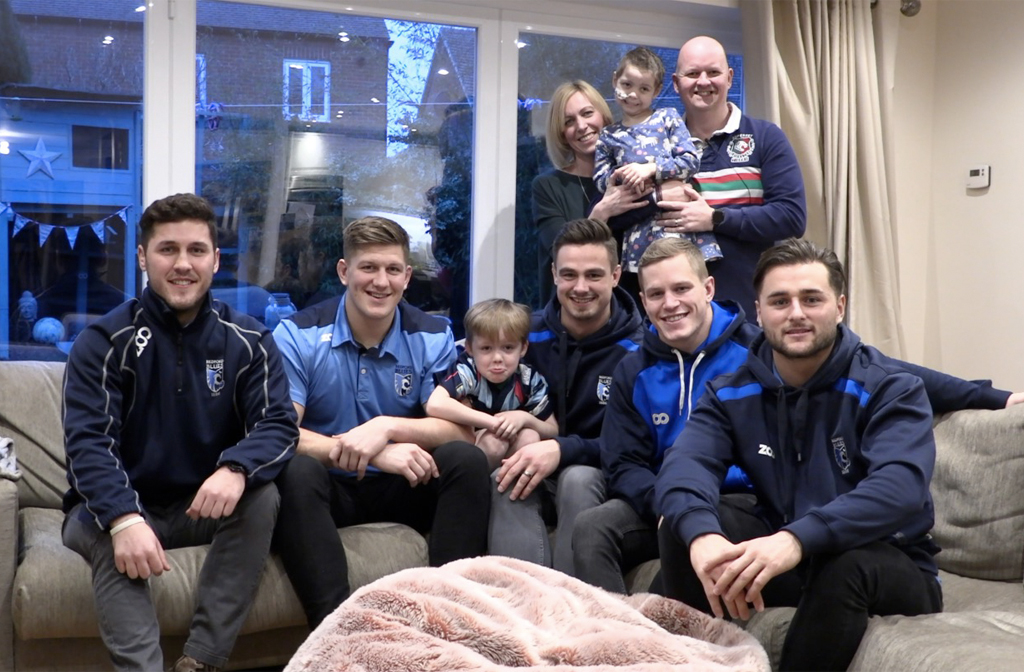 While the final total may be daunting, money is slowly coming in, thanks to a series of fundraising event’s organised by Rob and Clare and their friends, family, and Lulu’s School – with many of Lulu’s friends joining in too.

“The pyjama day is because when Lulu has treatment at Addenbrookes she attends their onsite school in her pyjamas. Her friends at school heard about this and now want to go to school in their pyjamas too.

“The headteacher at Great Denham has also asked if other schools across Bedford Borough would like to take part, emailing all heads to see if they can do the same.”

Other events include a Spring Ball, Rugby matches and a visit today by the Bedford Blues to help raise awareness of the appeal. The New Zealand All Blacks have even donated a signed shirt and ball for the family to put into a charity auction.

Rob himself is also planning a ’12 marathons in 12 cities walk too’, and he’s inviting people to join him.

If you’d like to find out more about Lulu’s Fight or take part in any of the fundraising activities taking place, head to: www.facebook.com/Lulusfight/.

To donate to the appeal visit Lulu’s JustGiving page at: www.justgiving.com/campaign/luludevries.

Success is on the cards for best-selling author Ruth Hogan