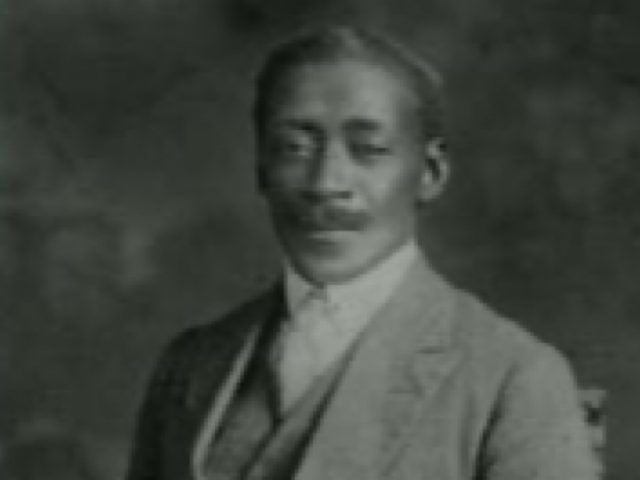 The significance of statues has been in the news recently with the Black Lives Matter campaign. In Bedford, the town is fortunate to have statues and plaques dedicated to notable former residents.

Of course, in recent years there has been a much-needed campaign to have our first statue dedicated to a female Bedfordian.  However, there is an obvious lack of memorials to those from ethnic minority communities.

One candidate for a memorial is Joe Clough.  He was born in Jamaica in 1887 but came to Britain with his employer.  Joe learnt to drive and then became the first Black British bus driver in London where the transport museum has a display dedicated to him.

At the outbreak of WW1 he enlisted at Kempston Barracks and became a driver.  After the war ended, Joe settled in Bedford with his wife and continued to be a bus driver.  Following WW2 he bought a taxi.  He died in the 1970s.

In so many ways his story is typical of the many men and women who served during WW1.

What marks him out is that he wore an army uniform when others were stopped due to their colour.  If he had enlisted in Jamaica, his experience of the war would have been different showing the worst attitudes of the time.

In Northampton there is a memorial to Walter Tull the professional footballer who has become famous as perhaps the first Black British army officer.

Unlike Tull, Joe survived the war, became a part of Bedford’s developing community and was well known for his efforts fundraising for the Poppy Appeal.

He is a local example that puts to rest the belief that immigration from the West Indies began after WW2.  Whilst he is certainly not the first Black Bedfordian, in these times where we need to resist racism a memorial to an extra-ordinary ordinary person would show our unity.