Bedfordshire Police hosted its first charity football tournament, KickOff@3, on Sunday 28 April, with the aim of strengthening bonds between the police, the community and partners.

The event also succeeded in raising over £300 for Embrace Child Victims of Crime.

Taking part in the six-a-side tournament at Kempston Rovers FC were 19 teams from all over the county. The teams were made up of boys and girls aged between 13 and 16.

The winning teams were the Wilstead Harriers in the under 14 tournament and Manshead School in the under 16 tournament. Both will now go onto to represent Bedfordshire in a national final which will take place in London in July. 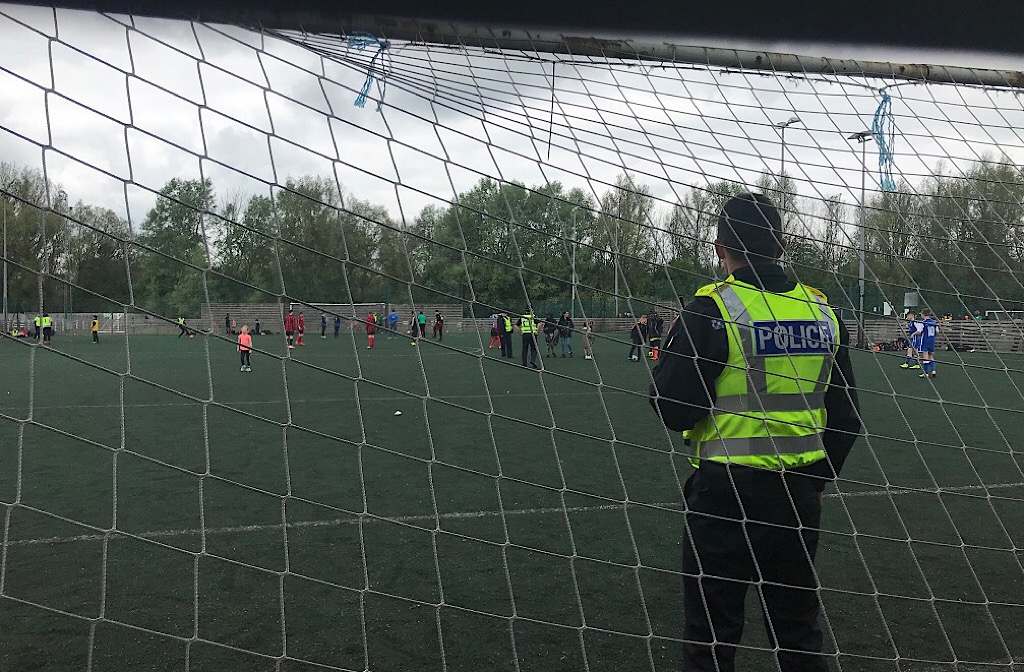 Paul Griffiths, Schools Liaison Intern at Bedfordshire Police, who organised the event said: “We are really pleased with the success of the tournament and would like to thank everyone who made it happen, especially our sponsors.

“It was also great to have our special guest Richard Braithwaite, aka Mr Silky Skills, as he was a big hit with both the kids and adults alike. He was even teaching our officers a trick or two!

“Our aim was to build and strengthen the relationships we currently have with our communities and partners and as such, we definitely achieved this.”

Sergeant Ben Dimmock said: “We had a great turnout, with 19 teams taking part from across Bedfordshire.

It was also a fantastic opportunity for our harder to reach younger demographic to come along and engage with something like this, to meet their local community officers and have a great day doing something they love.

“It was also great to be able to support our chosen charity Embrace and all the work they do with children and young people.”