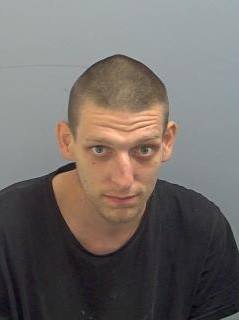 Curtis Clarke, 29, of Kendall Road has been sentenced to four years and four months after an armed robbery at a local Co-Op in July.

During his interview with Bedfordshire Police, Clarke gave the chilling warning that had he not been arrested he would have gone back to the store to “do the tills.”

He pleaded guilty to robbery, possession of an offensive weapon and theft from a shop at an earlier hearing and was sentenced on Friday (5 October) at Luton Crown Court.

The robbery happened on 27 July at the the Co-Op on St John’s Street. The manager approached Clarke as he thought he was shoplifting and asked him to leave the store. At this point Clarke pulled out a knife threatening to stab the manager. He then put a number of items in a bag and left, returning again a few seconds later to take a crate of beer.

Bedfordshire Police officers were handed the stolen items while searching Clarke’s home address by a man also at the property.

Investigation Officer Julia Hinson said: “This was a traumatic incident for all involved; nobody should be confronted in this way while they are at work. I’m pleased Clarke has been sent to prison and hope he’s able to reflect on his conduct that day, and the effect it had on the people working in the shop.

“I hope the sentence he received sends a clear message that this kind of activity won’t be tolerated and isn’t acceptable.”

Clarke was also sentenced to an additional two months for theft and six months for possession of a bladed article to run concurrently. He will remain on license for an additional four years on his release.