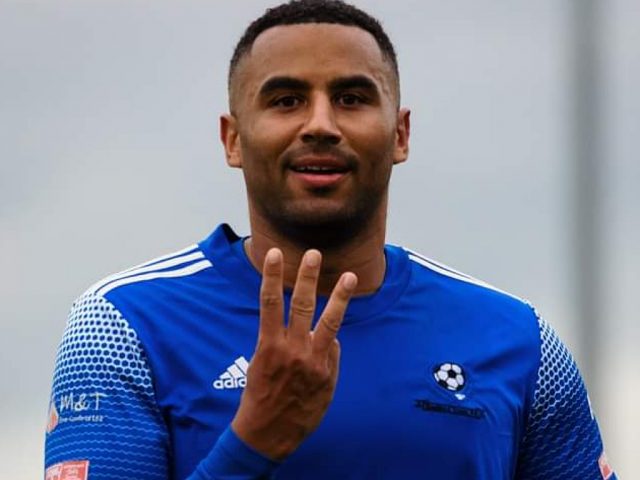 Bedford Town are enjoying a fine run of form in league and cup throughout October and continued their hot streak with another comfortable 3-0 win at Colney Heath on Saturday.

Rene Howe is a striker in form, and his man of the match performance stood out on a clinical performance for the Eagles as Gary Setchell’s side flew up to second in the league.

The hosts then had a goal disallowed; the closest they ever got to finding a way past the Eagles keeper, Alex Street who kept another clean sheet.

The game was still in the balance at half-time, as Bedford took in a slender 1-0 lead but Howe was not finished as he took the game by the scruff of the neck.

His second goal was typical of a striker in form, as he got ahead of his marker to slot home Craig Mackail-Smith’s cross, before finishing off his hat-trick from the penalty spot.

That was his eighth league goal, leaving Rene Howe fourth in the goal scoring charts, hoping his hot streak continues into November and beyond.

Next up for the Eagles is a tough game against Stafford as they look to continue their FA Trophy run before Peterborough Sports visit in the Southern League cup.