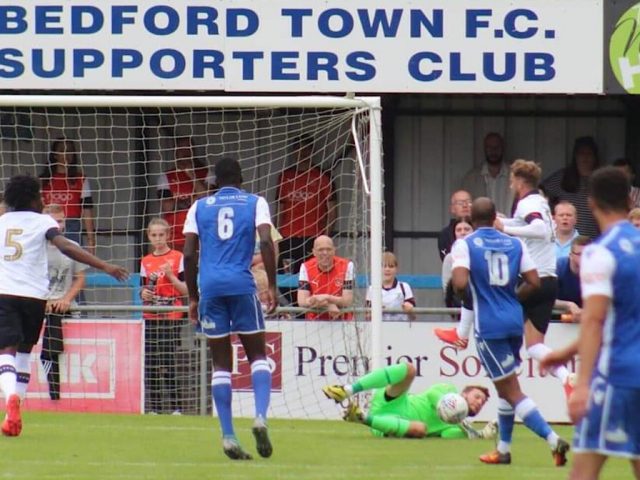 Saturday saw a bumper crowd at the Eyrie as 1,604 fans watched the Eagles take on our high flying neighbours from s outh of the county.

Luton had returned from their Slovenia-based training camp on Friday and came straight into the match with a first team squad, while their under 18 side played at Kempston Rovers.

With a fantastic atmosphere in the ground the match got off to a great start with both keepers called to make saves in the first five minutes. Bedford’s Alex Bennion denied efforts from George Moncur and James Collins, while Luton’s James Shea saved efforts from Walker and Tomlinson.

Luton, despite having the most chances of the half, were denied a goal by an excellent performance and multiple saves by Bedford’s new number 1.

Things were mixed up for the second half, with Luton making several changes, while Bedford replaced Gavin Hoyte and Tre Mitford. 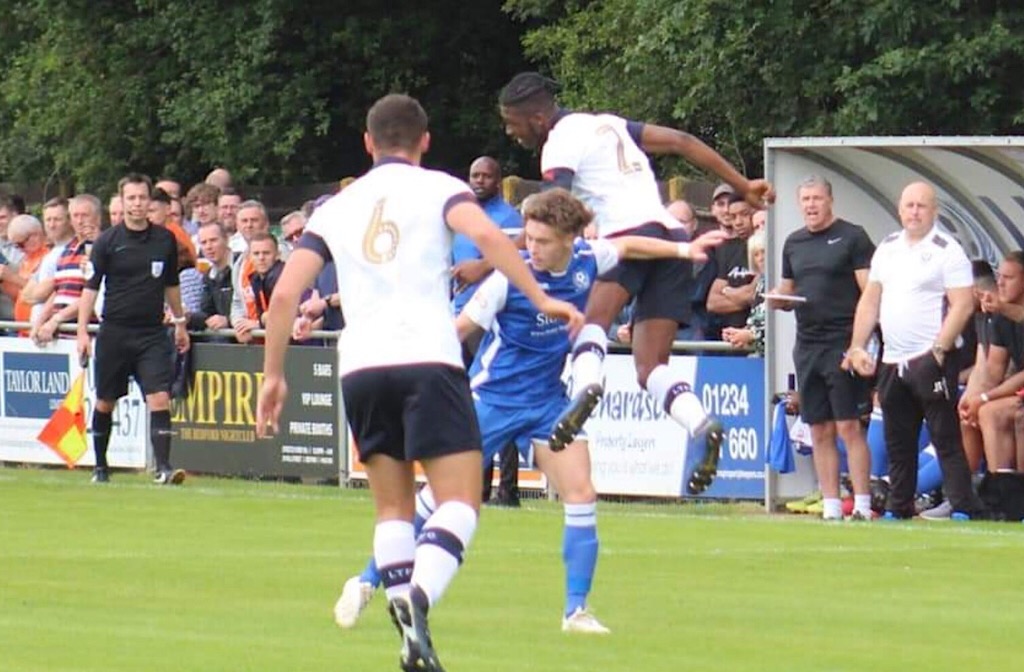 Luton were the first to score with George Moncur firing in a 49th minute right footer from a tight angle,

With five minutes remaining on the clock Luton got their second with substitute Jake Jervis rounding Bennion before curling it around a home defender.

Bedford found the net in the last minutes of the game when substitute Scott Joseph controlled a cross from the right before firing it home.

Whilst it’s difficult to draw conclusions from this match, it’s good to see a solid performance from the Eagles in their second preseason.

On Tuesday the focus moves to long term rivals, Nationwide North side Kettering Town who visit the Eyrie for a 19.45 K.O.

Admission for this match is £7 adults, £4 Concessions and under 21, £1 10-15 and under 10 free. You can now buy your tickets online for this and all future Bedford Town matches as well as season tickets at: bedfordtownfc.ktckts.com