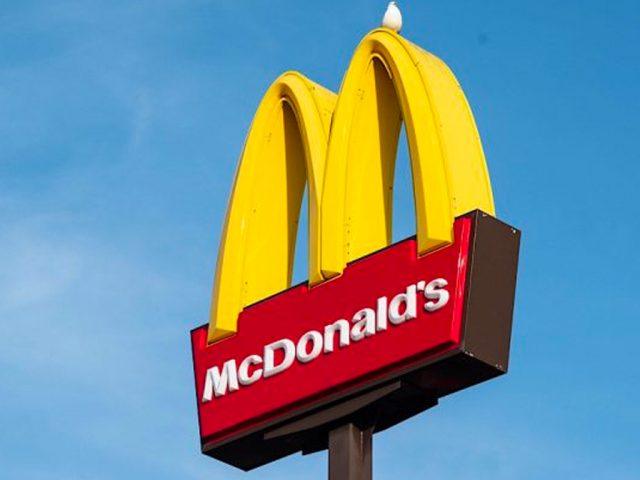 While works to ease congestion at the Clapham Road/Manton Lane and A6 roundabout will be completed by Spring 2022, Green councillors have expressed their dismay at a new drive-thru takeaway has been approved by the Council’s planning committee.

They argue that by granting planning approval, this will serve to increase traffic at this notorious ‘pinch point’ in and out of Bedford, despite efforts being made to ease congestion.

At Monday’s planning committee meeting (18 October), the application for a new 24/7 McDonalds restaurant on council-owned land was approved. Questions were raised by two members of the committee.

In a statement to the Bedford Independent, Green councillors Lucy Bywater and Ben Foley (Castle ward), said: “The junction is, as noted in the planning officers’ report ‘notoriously congested at peak travel times’, and comments that it ‘remains to be seen how effective the roadworks works will be’.

“The later addition of traffic from the new Greenacre school will add to the existing peak times gridlock. The planning officer’s report says ‘around half of the visitors will be from people already on the highway network (passing traffic), rather than new trips’. That leaves half making a special trip by car.”

Cllr Bywater spoke at the meeting, having made written objections on the grounds of additional traffic and air pollution, litter across the area and negative health impacts of fast food takeaway close to three schools.

“I was disappointed but sadly not surprised when this application by the council and McDonald’s was approved,” said Cllr Bywater.

“This was not one of those applications foisted on the council, it’s on council land.

“The negative impacts from giving it the go-ahead will be contrary to work the council is doing elsewhere on air pollution, vehicle idling and encouraging walking and cycling.

“Until last winter, this land was earmarked for a new park and ride. I don’t accept the reasoning that no other productive use could be found for this land than a 24-hour drive-thru restaurant”.

Cllr Foley said, “This development shows yet again, that if you build a new bypass, extra traffic is generated.”

Clapham Road works to be completed this month

To ease congestion around this notorious traffic hotspot, works began in June this year on the Clapham Road/Manton Lane roundabout.

To date, Clapham Road has been widened between the Paula Radcliffe Way roundabout and Manton Lane with a new kerb and pavement, construction has started on the dedicated left-turn lane from Clapham Road to Manton Lane, and extensive road widening on the northeast corner of the Clapham Road roundabout is largely complete.

Once these works are complete this month, works will then begin on the central reservation of the dual carriageway between Paula Radcliffe Way and Manton Lane, introducing a permanent right turn lane into Sainsbury’s. This will reduce unnecessary traffic using the Clapham Road roundabout.

Further works include the widening of Clapham Road roundabout and the installation of traffic lights to help traffic to flow, and ease congestion during rush hour. Improved pedestrian and cyclist crossings will also be installed, to make it easier to cross this busy junction.

Full works to be complete by Spring 2022

Cllr Charles Royden, Portfolio Holder for Highways said “We apologise for the congestion that has been seen in the area as we carry out these vital works. With the need to restrict traffic on Paula Radcliffe Way to keep the workforce safe and ongoing essential mains strengthening Anglian Water works in Oakley Road, Bromham, we have seen delays to people’s journeys.

“Anglian Water’s full road closure on Oakley Road will be lifted and the road re-opened by the end of this week, with some additional works in half term under temporary traffic lights.

“We will continue to work with our contractor to deliver these Northern Gateway works, and we are currently on schedule to complete these in Spring 2022

“This junction is a real congestion hotspot locally and these works will deliver improvements for the long-term future of our town, making our roads safer and more reliable.

“Whilst the safety of both our workforce and travelling public is paramount we are listening to feedback from local travellers and making amendments to the traffic management on site to do our utmost to minimise the disruption on this busy route.”