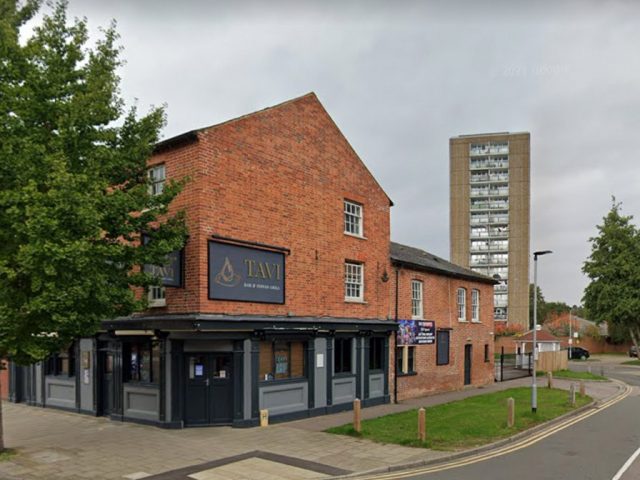 Chicken George has revealed the location of their new Bedford sports bar and restaurant in an exclusive interview with the Bedford Independent.

After establishing hugely successful businesses in Luton and Hitchin, the award-winning chicken shop is opening an eagerly-awaited branch on Bedford’s Tavistock Street this summer.

The restaurant and sports bar is taking over the former Tavistock Carvery, most recently trading as the Tavi at the Clapham Road end of Tavistock Street.

It will have a dedicated takeaway waiting area, featuring a free-to-play arcade, plus big screens showing all sports events including Premier League football, rugby, NFL and boxing.

All the fixtures – including one-off vintage neon signs and signed sports memorabilia – have been chosen specifically for the restaurant so the location has its own identity.

And we can reveal that George Jnr is going to be serving up some exclusive dishes – including their popular sticky ribs – just for his Bedford customers once it opens at the end of July.

“Bedford’s been so good to me,” Chris Cheah aka George Jnr told the Bedford Independent on-site as the new restaurant takes shape.

“When we did the Taste Bedford food festival a few years ago we had such a brilliant day and we know people travel from Bedford to our other restaurants.

“It’s been on my radar for a while and the location on Tavistock Street is perfect.”

The reigning Wing King (they won ‘best wing’ at WingJam in London last year and took home 15 trophies from competitions over the last four years) will be bringing their ‘chicken for the people’ to the heart of Bedford’s food district and we’re certain the town will take them under their wing.

Chris’ dad, Ray Cheah, set up the original Luton shop in 1985 after a career working for KFC and Chris/George Jnr was born in the flat upstairs.

The Luton shop became the stuff of local legend and since Chris took over in 2016 it has become known as one of the best and most recognisable chicken shops in the country.

Chicken George recently appeared on BBC2’s Britain’s Top Takeaway and was named in the top five.

He’s served everyone from the England Football team to international hip hop stars on their private jets and will soon be adding the chicken connoisseurs of Bedford to that list.

Asked about some friendly ‘wing war’ rivalry with Bedford’s homegrown Foxy Wings, Chris said, “They are definitely our competition, but Bedford’s big enough for all of us.”