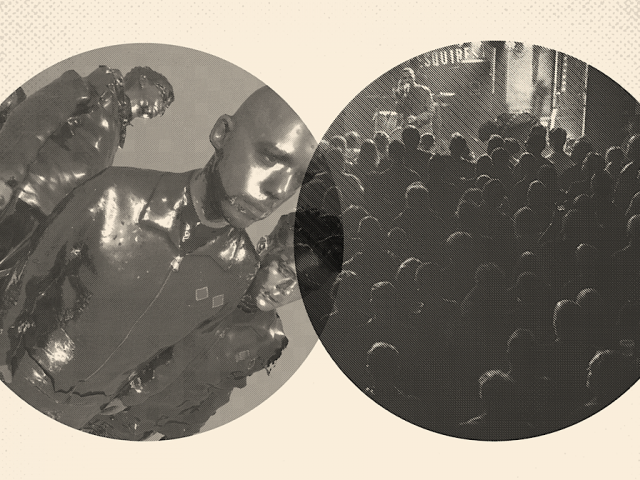 A campaign to raise money for grassroots music venues will see Everything Everything playing a gig at Bedford Esquires as soon as live music is able to return.

The date of the gig is to be confirmed and entry is via a prize draw, which launches on 17 August.

Everything Everything, Elbow, Public Service Broadcasting and The Slow Readers Club are all giving concerts at venues up and down the country in aid of Passport: Back To Our Roots fundraising initiative.

Each band will be play an intimate gig at the venue once performances are allowed with no social distancing requirements in place.

Tickets for the prize draw can be bought for a minimum donation of £5 to the campaign. Winners will be given a pair of passes to their local gig.

80% of the money raised will go to the Music Venue Trust which represents grassroots music venues like Esquires.

Live venues have been closed to the public since the coronavirus outbreak and many established clubs up and down the country face closure without additional support.

“I’m thrilled that Everything Everything will be coming to Esquires as part of Passport: Back To Our Roots,” said Esquires’ owner, Gareth Barber.

“We had them booked for a tour warm up show in April this year, which we were gutted to not see happen.

“When we were told that they had chosen us as the venue they would like to play and support, we were very grateful that they remembered us and honoured the booking.

“For a band of their stature to give their time says a lot about them as artists and how much they value grassroots music venues – we are going to do everything we can to make this show extra special.”

Jeremy Pritchard, of Everything Everything, spoke to Mark Radcliffe on BBC 6 Music about the initiative and said, “Grassroots venues are vital to produce international festival headliners; if there are no more small venues you pull away the training ground.

“It’s where the local bands learn their craft. It broadens your audience and there’s no shortcut to that kind of thing.

“It’s really great for us to be able to play Esquires; we can now tick that one off the list.”

Tickets for the draw will go on sale on 17 August here.

Resilient Ampthill exact revenge on the Blues at Goldington Road