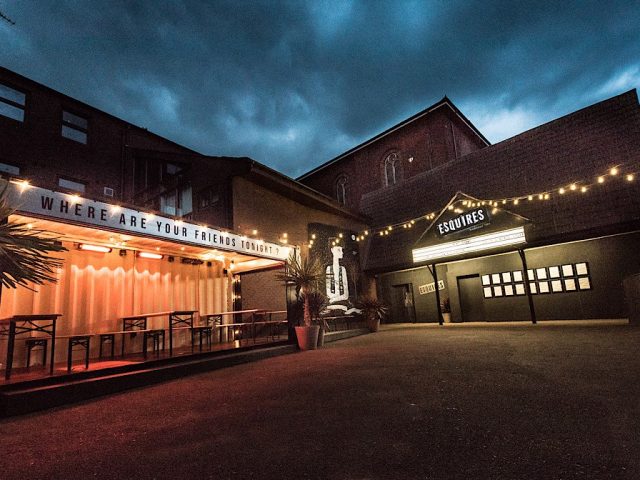 Bedford’s iconic music venue, Esquires, is throwing open its door for an official reopening on Saturday 14 August after nearly a year and half of closure.

The ‘welcome back’ party forms part of Esquire’s FoodDrunk festival which starts a midday.

Owner Gareth Barber said they were “looking forward to showing everyone what we’ve been up to at the venue and welcoming people back properly, especially after all the support the people of Bedford have given us”.

Esquires closed in March 2020 due to the pandemic. It finally opened at full capacity three weeks ago with events including Tom Grennan’s sold out home town shows.

However, Gareth said they wanted to have “a few events under our belts” and ensure processes were in place before having “a proper party to celebrate coming through this.”

Saturday’s reopening promises to be just that with free entry to the all-day party. There will be street food, live music, DJ’s, and a selection of over 15 types of rum to try.

Local artists The Scruff, Tragic and The Barrys will be among the performers. Roll Your Own Records will provide “a solid line up of some of Bedford’s finest vinyl selectors.”

There will be a kids vs parents Silent Disco on the main stage at 2pm with the “legendary adult edition” happening later that night until 3am.

Gareth described the iconic silent discos as a lot of fun and said they’d been running them since their days at The Pad on Lurke Street.

He emphasised that FoodDrunk is as much about food as anything else. “We open at midday, so enough time to get lunch, drinks and dinner in – you can dance it off later.”

Food has been specially selected by the venue’s self-confessed ‘foodies’.  Fold me Close will provide artisan pizza, Hitchn’s Café 77 will bring the gourmet burgers and local legends, Cast Iron Catering will add paella to the mix.

Esquires will also be giving 170 pints of Estrella away to the first 170 people through the gates. That’s one pint per person, not 170 each, though.

Entry is free although Silent Disco tickets are separate and available on Seetickets.