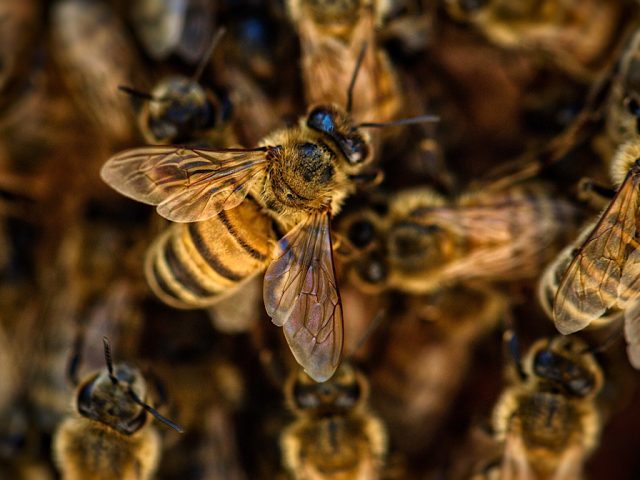 The watering down of workers’ rights, standards and environmental protections was at the heart of my concerns over Brexit.

Just weeks after our final ties with the EU were severed and my concerns are already being realised.

The Government has had discussions with select business leaders and is understood to be drawing up plans for a post-Brexit overhaul of UK labour markets to rip up worker protections enshrined in EU law, including the 48-hour week and a change in the calculation of holiday pay.

But it is on environmental protections, the Government has moved fastest to dismantle.

Three years ago, the EU introduced a European-wide ban on the use of neonicotinoids (neonics) a type of pesticide that has proved deadly to bees and aquatic life.

At the time, the UK Government supported the ban and confirmed that it would maintain these increased restrictions post-Brexit.

Just weeks after Brexit however, the Government is showing what deregulation will look like, reintroducing the deadly pesticide much to the horror of wildlife organisations.

The Government acquiesced to the demands of the Farmers Union and UK sugar who were secretly lobbying the Secretary of State for DEFRA, George Eustice to allow neonics to be reintroduced after Brexit.

In a memo to sugar beet farmers in December sharing their plans, the Union told its members to “Please refrain from sharing this on social media.”

They all know how unpopular this move will be with the public, as my postbag testifies.

Although the Government say the use of Syngenta’s Cruiser SB is for emergency, “limited and controlled” use, they also admitted that the risks to bees would not allow its use under standard approval and that “risks to birds from consuming treated seeds were not demonstrated to be acceptable.” DEFRA approved it anyway.

It’s the thin end of the wedge.

There will always be bad weather events, insects and other factors that will damage crop yields and therefore its likely many other worthy appeals will be made to use the dangerous pesticides – ‘just this once’.

Already the gate for further approvals is open.

The Government’s statement on the decision notes states that neonics may be needed for three years until 2023 despite the fact this authorisation is only for 2021.

With a cross-party group of Parliamentarians led by Caroline Lucas MP, I wrote to George Eustice deeply concerned by his decision to authorise this use.

Although we all empathise with the multiple challenges faced by farmers, including responding to this Government’s damaging Brexit policy, authorising the use of neonics is regressive and risks disastrous long-term consequences for our environment and particularly vital pollinators.

I have also supported an amendment to the Environment Bill to recognise the fact that the biggest contributor of damage, pollution, and contamination of the air, soil, water and overall environment in rural areas is from the continued use of pesticides and other agro-chemicals on crop fields across the UK.

Bees pollinate up to 3/4 of crops which makes the use of this pesticide incredibly counter-intuitive.

Neonics are known to damage bees’ brain development, immune systems and can even leave them unable to fly.

With 40 percent of insect species in danger of extinction and bee populations in severe decline it presents a disturbing picture for pollination and crop yields.

Instead of taking the easy option, allowing only recently banned pesticides, the Government must invest in innovative and non-chemical alternatives to pest management.

When the UK pledged to back the ban, Michael Gove, then the environment secretary said: “The weight of evidence now shows the risks neonicotinoids pose to our environment, particularly to the bees and other pollinators which play such a key part in our £100bn food industry… We cannot afford to put our pollinator populations at risk.”

Yet that’s exactly what his Government has done.

Another deceit to be added to the pile of broken Brexit promises.