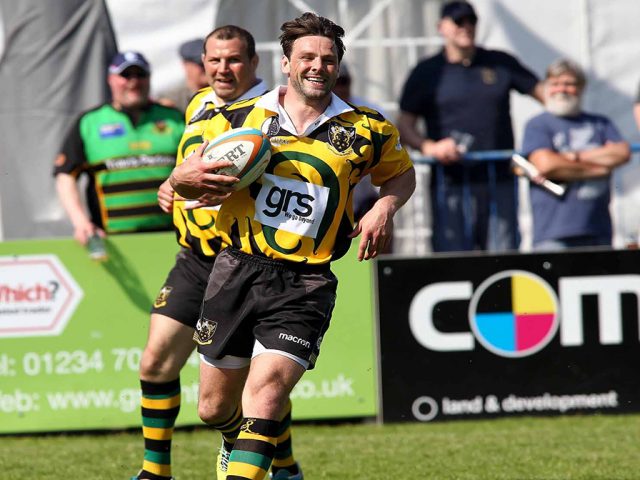 The 33-year-old former England fullback is soon heading to to join Major League Rugby in the USA with the aim to help develop the country into: “the next big rugby playing nation”. For now, he’s wearing the Blue of Bedford again, having previously turned out for Paul Tupai’s Testimonial and getting a taste for Nos’ Nosh.

Foden’s career so far has seen him play with Northampton for the past decade, helping the Saints to the Premiership title in 2014. He earned his first England start against France the following year, remaining as first choice in the side for the 2011 World Cup to the end of the 2012 season. The last of his 34 caps came against the New Zealand All Blacks in 2013.