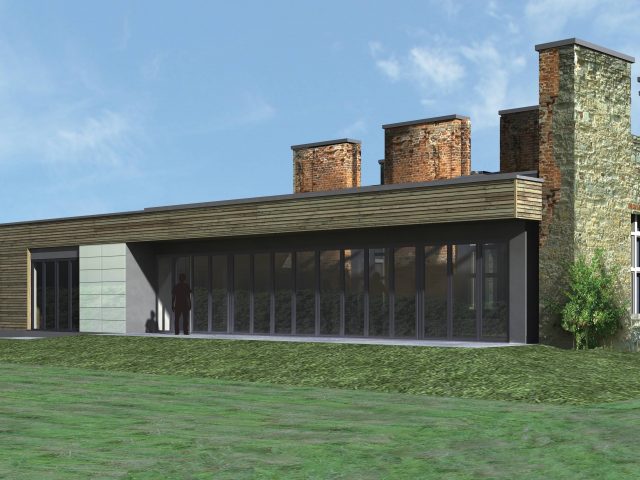 A £750,000 appeal to build a community hall from the ruins of Hillersden Hall next to the historic Elstow Abbey Church is being launched this weekend.

£230,000 has already been donated and the rest is being raised as the hall is built, to the exacting standards of English Heritage.

Tourism is vital to the funding of Elstow Abbey and the new Hillersden Hall will serve, in part, as a visitor centre for those who travel from around the globe to see the village of John Bunyan, author of what was the world’s best selling book for centuries (behind the Bible): The Pilgrim’s Progress.

“This is a site which dates back over a 1,000 years to before Judith niece of William the Conqueror, which means that work will be expensive, but this is really history in the making,” said Priest in Charge, Father Paul Messam.

Hillersden Hall was built in approximately 1620 in what was left of the 14th Century cloisters of the Abbey which were destroyed during the Reformation.

In later centuries the manor house fell into ruins. However, thanks to a generous bequest, the renovation of the site into a community hall has begun.

As the project moves forward, the local community are invited to visit the site over the weekend of Saturday 21 and Sunday 22 September from 10 am – 4 pm.

“We will have a large marquee covering the site of what will be the restored hall and inside there we will have an exhibition of the history of the site and a pop-up cafe in the church – as well as the hugely popular tea garden next door,” said Father Paul.

“There will be a Just Giving Page and fund-raising leading up to building work actually starting in the Autumn of 2020.

“In addition we will be seeking grants and hoping that the local community will get behind this appeal for what will be a valuable community asset.

“Already we are working with The Bedford College Group and the charity Groundwork Luton & Bedfordshire to involve people in activities in and around the location.”

Visitors to the church can now make high-tech donations through a card “tap” machine inside the historic doors.

“Churches have to move with times to raise funds and to welcome people not just on Sundays but seven days a week. We need help with funding in the same way that benefactors throughout the centuries have supported their local church,” said Father Paul.