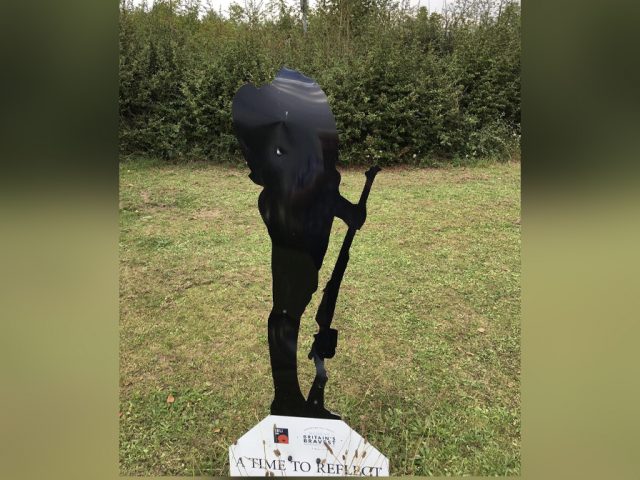 Residents of Great Denham have reacted in disgust as their Silent Tommy statues have been vandalised for the third time.

Bedfordshire Police are now calling on anyone who may have any information about the criminal damage to get in touch so they can bring the culprits to justice.

Officers from North Bedfordshire’s Rural Community Policing team said the vandalism is “not only costly but has also had a detrimental effect on residents living in the community.”

The two Silent Tommy statues are in the community garden on Kingswood Way and village green on Anglia Way.

The first was discovered on 17 September, where the head had been cut off. Then between 10-17 October, the head was damaged again.,

The most recent incident was earlier this month on 4 December between 7 pm and midnight, where one of the statue’s legs were cut off.

The statues were placed in the village by the Parish Council and represent a nationwide memorial for those who have fallen during conflicts and for those who continue to serve around the world.

If you have witnessed anything or know of any information about the incidents please contact Bedfordshire Police either on 101 or online, quoting crime ref 40/65722/21.

A campaign in the village to have a permanent memorial is also currently underway.

“They found it hard to understand why the two Tommy memorials had been vandalised and how someone could be so disrespectful,” said Cllr Weir.

“They are not prepared to let this go so presented ideas for a replacement memorial. They suggested areas to place the next one and how it needed to be stronger and more robust.”